I still have a problem with my Apple Keyboard wich is full operational.

Only in Trem, I am not able to participate on votings. It will not accept the whole Fkeys.

Is this a known bug or something special with all Apple Keyboards ?

I would appreciated for any kind of help…

Thanks and cya in Trem.

What a Quick and dirty solution … 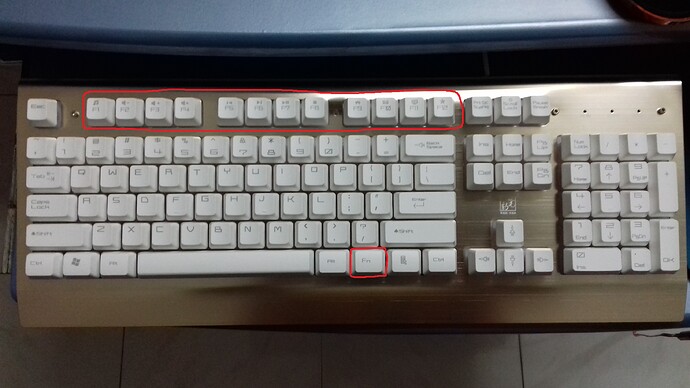 I was confused that why desktop keyboard does have “FN” key? But it’s pretty decent for working.

On laptops the FN keys are often for the F keys, but as for the regular desktop keyboards, the FN is for additionnal macros. Such as Skip music, Play music, Mute sound and so on.

Also, nowaday it’s not rare to see FN keys on desktop keyboards, they are only used on the second case stated before.

On laptops the FN keys are often for the F keys

In my correct words, those keyboard press and hold “FN” key with “F number keys” for Dell, HP and Lenovo. Asus and Acer are only still using older or generic keyboard as I told it. (press “F number keys” without holding “FN” keys)

As for the regular desktop keyboards, the FN is for additionnal macros.

Yup, those desktop keyboard are only additional macros of functions. Mostly people are not really care about it, laptop keyboard were only required for hotkeys and special functions.