Due to the licensing of the original Tremulous sounds being “fuzzy”, one of the very important tasks on the TODO list for Tremulous 1.3 is finding sufficient replacements with the appropriate licensing. This task is extra difficult in regards to the granger as the granger is one of the most essential and iconic characters to the personality of Tremulous.

I encourage the community to post in this thread suggestions and constructive debates related to this topic of great importance. Feel free to post links to existing copyleft sounds, and/or if you have the skill and means, feel free to post your own work.

As indicated in the About the Tremulous Assets Factory Category thread, it is preferential that any proposed sounds be licensed cc-by, or cc-by-sa, or equivalent, or public domain.

The kinds of sounds needed are as follows:

For reference, you can find the original sounds in data-1.1.0.pk3 which is included with the 1.1 stock client from Tremulous.net.

And either ‘pigs 2’ from the same page or the ‘bear polar’ from http://www.freesoundeffects.com/free-sounds/bears-10017/20/tot_sold/20/2/ could be a good replacement for the granger-taunt-sound.

It looks like those sounds are free (as in beer) and free to use. If you think those sounds can be edited and used in trem 1.3, I will put some more time and effort in it.

How about we are making our own sounds? This is a great condition of designing with animation effects.

But we need a quite good quality of microphone to record wave sounds. (Whatever use digital jack or analog jack for depends)

I think that is a great idea for the human sounds. And since those sounds will go through some digital filters to make them sound more realistic, a good microphone might not even be needed.

Btw, I got only mic analog jack with attached headphone.

If you like … give the headphone-mic a try with the ‘come on’ taunt. That taunt is at least as iconic as the granger sounds And I am sure that, after some filters, the result will be better than expected.

Ps if headphone-mic fails and you still want to give it a try … ask a friend to record it with his/her smartphone.

Pps other human sounds can easily be obtained from FOSS FPS games like OpenArena, Sauerbraten and World of Padman (WOP has turrets and nades aka boomies). 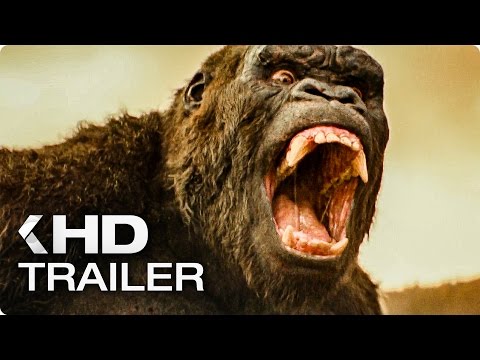 Maybe this movie can help for some new sounds inspirations (since another version used some of trem sounds too).

Thank you ! But … that movie has a problem … comes out in march 2017 and the deadline for the first release of trem 1.3 is end of this year.

Anyway, (most of) the alien sounds from original trem come from animals. I think dretch jump is rattlesnake, goon taunt is camel and granger sounds come from pig. The site I linked to has many free animal sounds so lisk, mara and rant should be easy to find there. Only problem is the license. I think licence from mentioned site is OK but I am waiting for confirmation before I search more sounds and start editing them.

the deadline for the first release of trem 1.3 is end of this year.

We haven’t officially announced the date of the initial release of 1.3. Additionally, while the initial release does require the sounds to be reaplaced by good sounds with the proper licensing, the pre-release (which will occur before the 1.3 initial release) does not have that as a requirement. With that said, it would still be good to have this task addressed sooner than later.

The taunts in Halo aren’t too bad, If you guys could replicate them in a different way.

Talking about licensing … this is the license from https://www.freesoundeffects.com/

License Agreement Explained.
What You Can Do With Our Sounds
Add them to any feature film, video, website, Flash animation, podcast, instructional DVD, computer games…
You can use our sounds for almost anything you can think of. No recurring royalties, no hidden costs, no submitting cue sheets.
Add them to any software program, web application or computer game
You just need to make sure the sounds are part of the app or game and not distributed as a separate sounds effects directory.
Use them in any theatre performance, art gallery, museum, performance piece
You can use these sounds in any type of live performance.
What You Cannot Do With Our Sounds
You cannot resell these sounds as sound effects individually or in a collection
They can be incorporated into your project and the resulting product can be sold but not the sounds by themselves.
You cannot repurpose these sounds for resale as ringtones or any other sound effect type product
You cannot buy our sounds and then sell them as something else like a ringtone and you cannot combine our sounds and resell them as sound effects.
You cannot post them on a website for visitors to download.
You can use the sounds as background sounds for your website but you cannot post a link so that your visitors can download and use the sounds.
You cannot take our sounds and create an audio CD using only our sounds.
For example, you can use our Rain Forest Ambience to loop behind your yoga instructional video that includes a voice-over but you cannot create a Rain Forest Ambience audio CD using only our sound and resell them.

I think we are good to go but … license says nothing about editing them besides:

And I need to do some editing coz, for example, a granger jump takes less than 3 seconds. And, for later release, filtering these sounds would be very cool (never done that but willing to put some time and effort in it … unless we have experienced sound editor who wants to do it).

unless we have experienced sound editor who wants to do it

this is the license from https://www.freesoundeffects.com/

@romdos , can that license with freesoundeefects.com work for us with Trem?

@GPF , regarding the licensing of the sounds at freesoundeffects.com , @romdos responded to me elsewhere saying:

Those sounds have the same “issue” as the current trem sounds
The sounds are free as in beer but not license. They can’t be packaged and relicensed under a free (as in freedom) license

It can “work for us” in the same sense that most of the current sounds can also work for us, we just have to remove them from packaged assets (that are being (re)licensed as CC-BY-SA) and instead package them as a “non-free” pk3 that you must agree to not redistribute its contents.

Still, it would be nice to have new sounds that can be packaged wither the other assets that are licensed as free (as in freedom), and good new granger sounds licensed as such would be a good start (only 10 sounds in the case of the granger).

Damn … going to find sounds with one of the following licenses:

If anyone know of pig, rattlesnake and/or camel sounds with above license, please let me know.

Those are preferential (or other licenses that are equivalent to either of those two, or public domain).

Here is a source that has sounds licensed free as in freedom: http://freesound.org/

Idk if they would have everything that we need, but perhaps they might if edited accordingly.

Thank you very much for the info !