Does anyone happen to have the “new” weapon models that Stannum was working on? I remember using them on the }MG{ gpp server, but I can’t find them in my own files.

Those were really cool. Don’t have them saved though

Were they actually released under the GPL at the time? I thought they were unfinished and kept back for the 1.2 release.

They weren’t officially released, but there was a server that tried to integrate them in. Some of the weapon skins worked, others didn’t

Afaik stannum never released (licensed) these models outside of unvanquished, They didn’t work with tremulous, which had trouble handling the increased poly counts of his models.

So, some of those weapons are still in unvanquished, and some they’ve replaced with other models.

Also stannum included first person “player hands” as part of his models’ reload animations, which clearly are not trem guy’s hands. New “hands” that are independent of the model would be better.

If a new player model(s) were being worked on, and add new weapon types / new models designed specifically to look cool in first person view; were all concepted and then made, that’d be better than using Stannum’s.

Afaik stannum never released (licensed) these models outside of unvanquished, They didn’t work with tremulous, which had trouble handling the increased poly counts of his models. 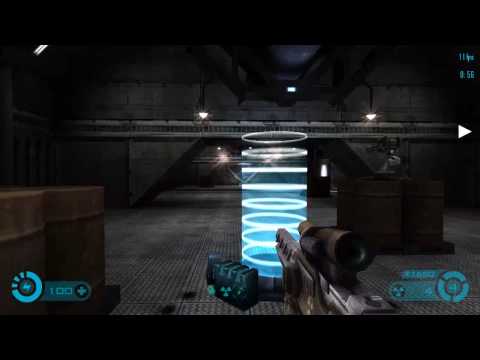 I used to play on the MGDev server with them.

They look pretty cool. However, we are planning on including weapon dropping (for the swirl game mode at least), would the hands being a part of the model be a problem with that?

I have no idea. I can’t find them in my local files.

There are separate models. A firstperson only weapon model which includes the hands, and a separate (lower poly) third person only model which would be what you see when somone drops a weapon.