Tremulous needs a new epic Turret model. Something with Gatling-style rotating barrels (complete with appropriate animations for spin up, full speed, and spin down) . Something that looks somewhat like this: 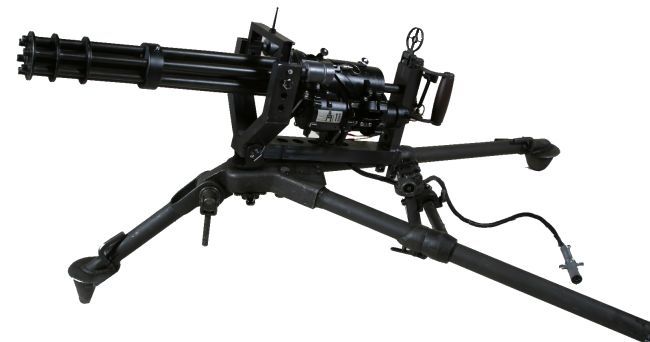 I F2 anything that drops my FPS to anything lower than what it is now.

I highly doubt anything will effect your FPS too poorly, the model size will still be the same and meet the same restrictions of the game engine, maybe on large maps where the BP is increased but on standard maps you should be fine. Honestly though, the turret model is fine, the reactor and armoury texture need the most work.

Better textures doesn’t mean higher resolution, and even then the performance hit would be minimal. The model poly count compared to the default turret wouldn’t be increased enough so performance isn’t really an issue there. (Especially since you have only ~7 rets at most).

Stop playing on a microwave oven.

the reactor and armoury texture need the most work.

The current armoury model is a piece of shit. Barely curved green box.

Reactor is fine though tbh.

Reactor is fine though

Go ingame right now and hug the RC, it makes me want to spew. I can actually see the pixels.

Stop playing on a microwave oven.

I can actually see the pixels.

You are talking about the textures and/or their resolution, not the model. Maybe make the metal parts of RC glossy/shiny/look like actual steel. The reactor’s shape is fine though.

It is important that the new version of Tremulous runs just as well on low end machines as older versions do. However, we can accomplish that while still making trem more epic than before.

4 posts were split to a new topic: My Microwave is Broken