Difference between GPUB and GCLUB 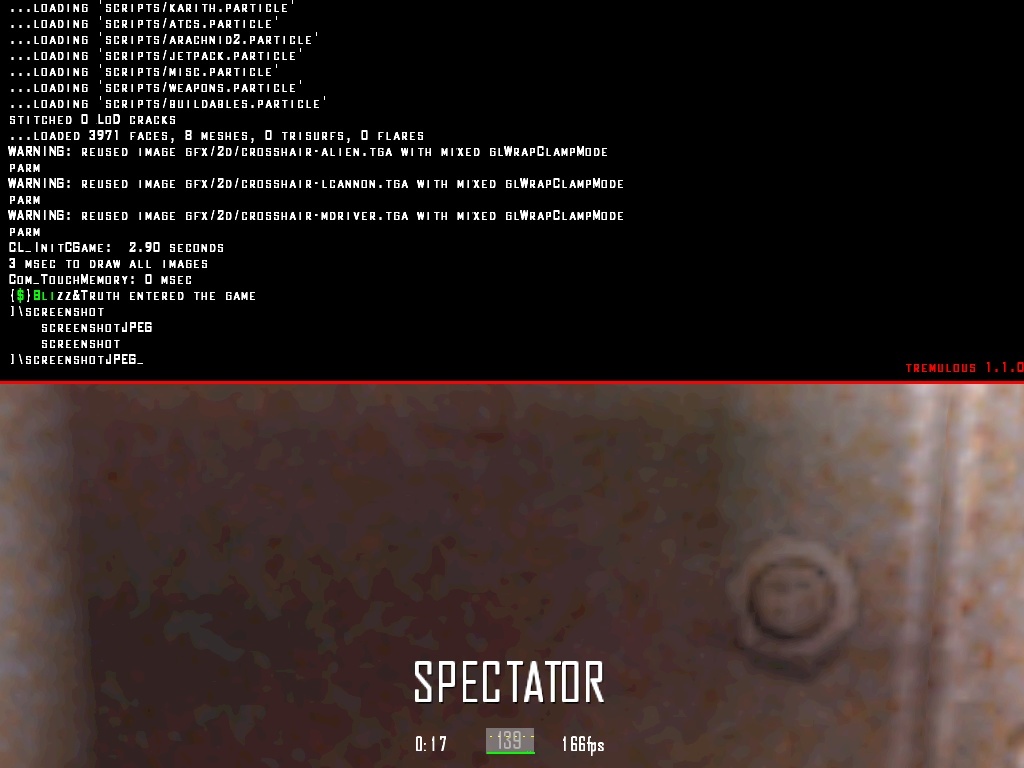 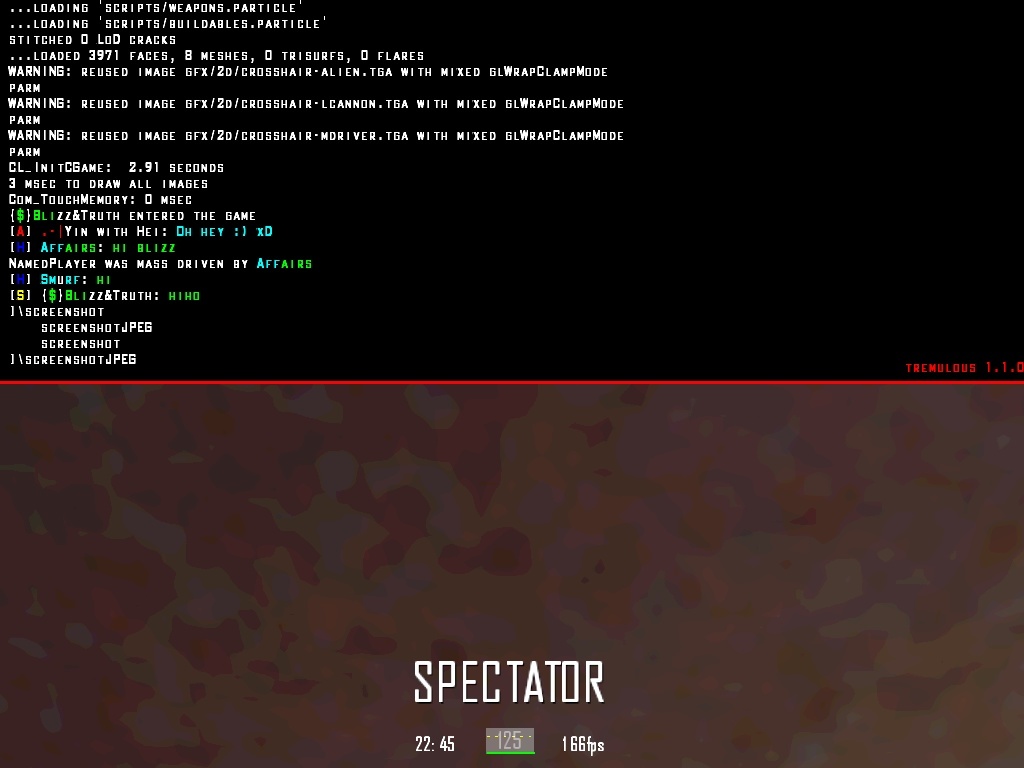 So here we go.

You changed host of GCLUB? If yes, there is a way to get back the previous host?
Last clan war I did with 125 ping was against Fk| (1 week ago), then I did a cw yesterday vs. NoS with this “new” ping.

// I would like to enjoy clan wars too. With this ping, I prefer play scrims on Legit’s server //

Hope to get a solution.

They run on the same host. I just checked and get the exact same ping on both. Can you double check to see if you can replicate these results?

Just joined both servers to see how it would be different.
Got 48 ping on both. (From what I see when joining a team and watching the scoreboard ping ^^) 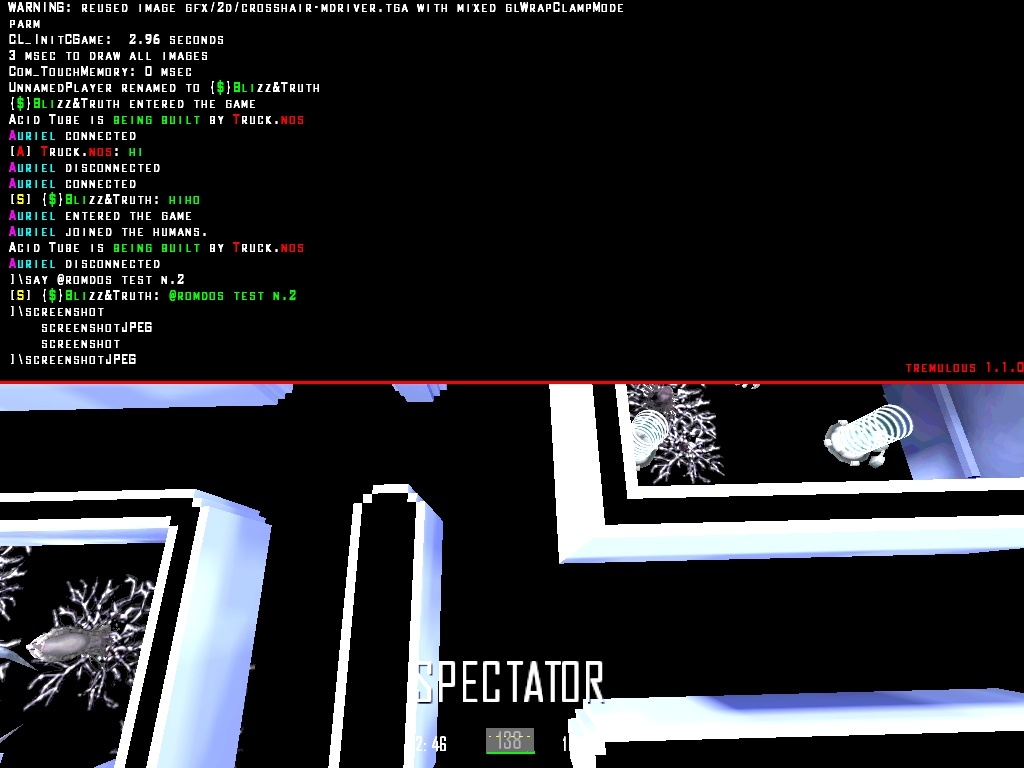 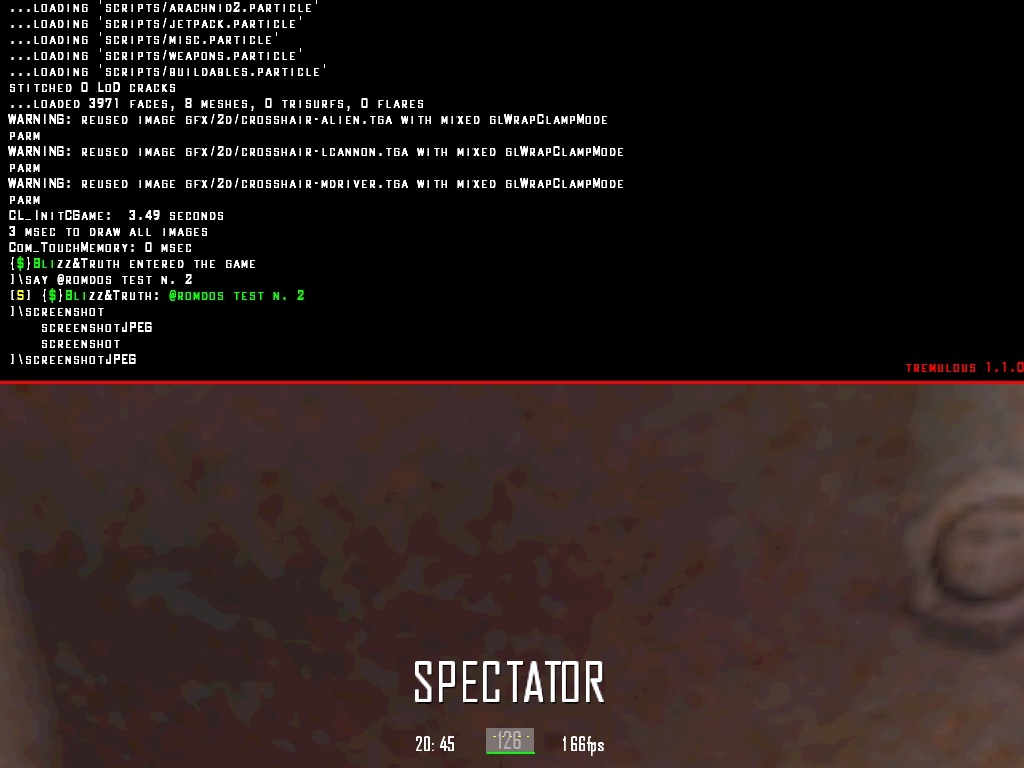 @romdos can you try to restart the server? Let’s see what happens. 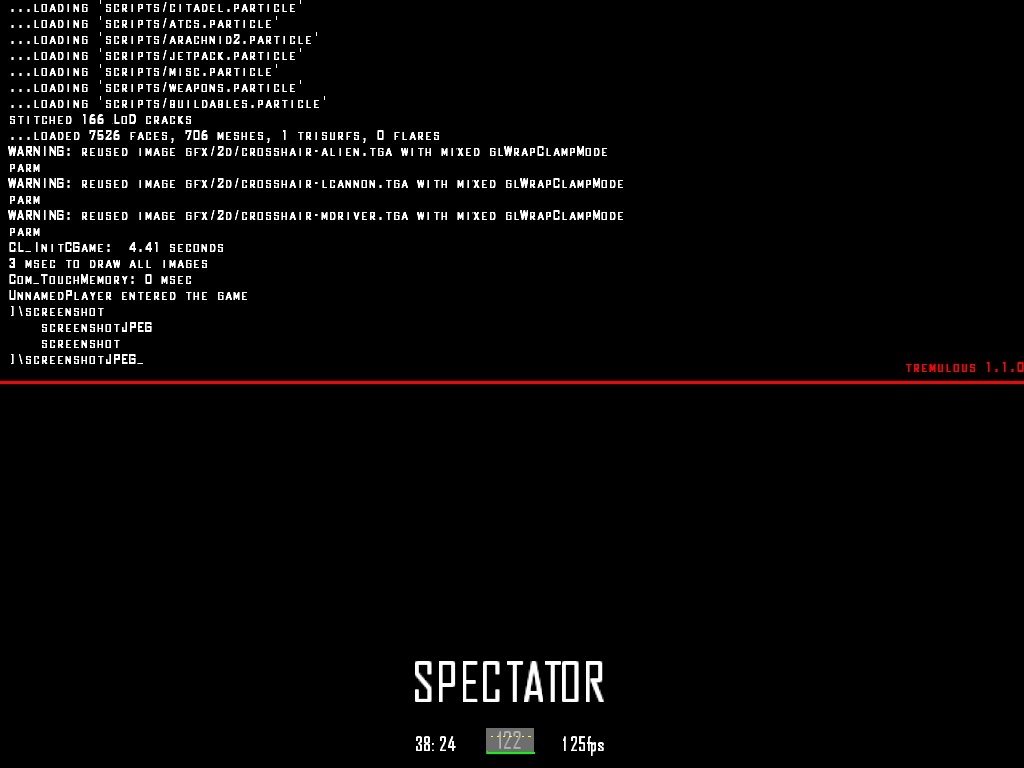 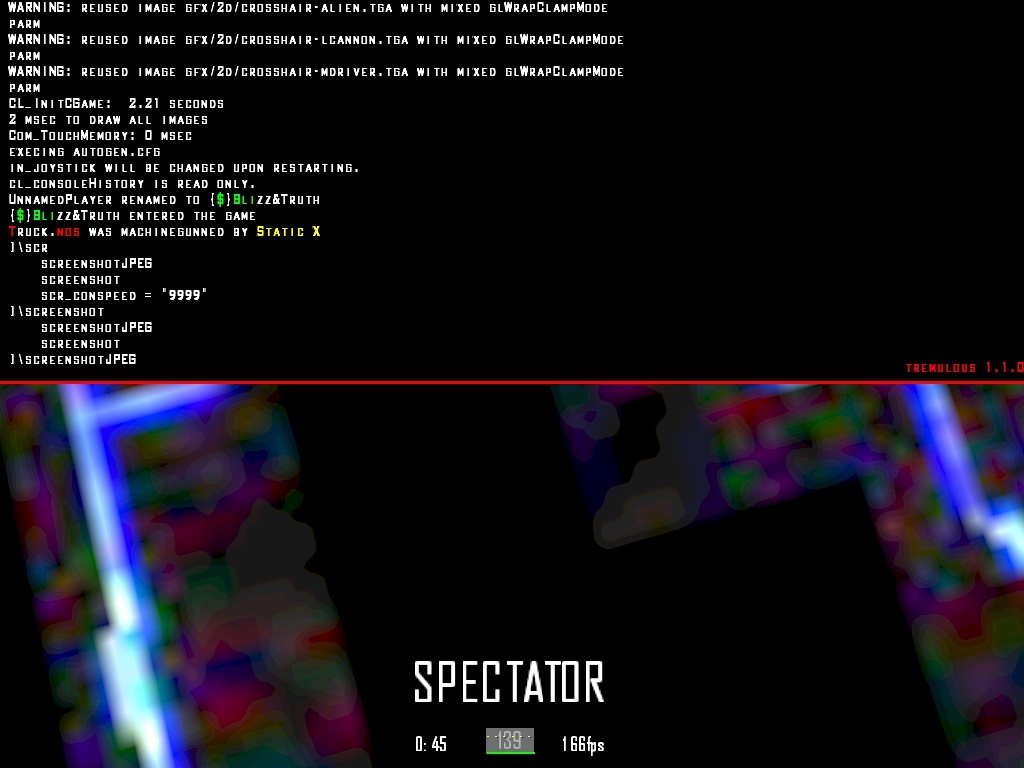 Could the fps change something on it?
Not sure, just a possibility ^^

@dGr8LookinSparky @cron maybe test7341 is causing cpu lock contention, though it is impossible for me to say without data- I don’t think I have permissions to do so (not sure what perf tool will do to gameplay performance either.

Agreed, Unlagged is not a perfect solution- and I think the current/default tune of server is bad for the lower and higher pinging players.

I am waiting for my epiphany where I just realize how server fps, client fps, cl_packetDup, packet rates, layer3 fragmentation; network latency + misc other random things like mouse sensitivity are effecting network experience.

This is a topic which is largely dismissed by the communities because they are dumb.

Yep, thats why I asked @cron and @dGr8LookinSparky about the test server; if they are all run on same host- recent changes could easily have introduce something undesireable.

Additionally, just because you switch from 125 → 200 frames; I’ve come to figure out that mouse sensitivity can ultimately effect which how many user command updates need to be sent to server (higher sensitivity means more) which should result in “smoother” feel but in circumstances of lost commands, often means jagged movement. 1

IIRC, pub and club server both load a different configuration? (clarification needed); e.g., on pub /name ^1Fudge^2is^5Gud then connect to club and name reverts to whatever it has in it’s own namelog. Some things that you have setup on pub may not be what you expect on club.

1 this is just one example of nicer hardware having negative consequences in the wrong situations.

Just to clarify the fps situation. 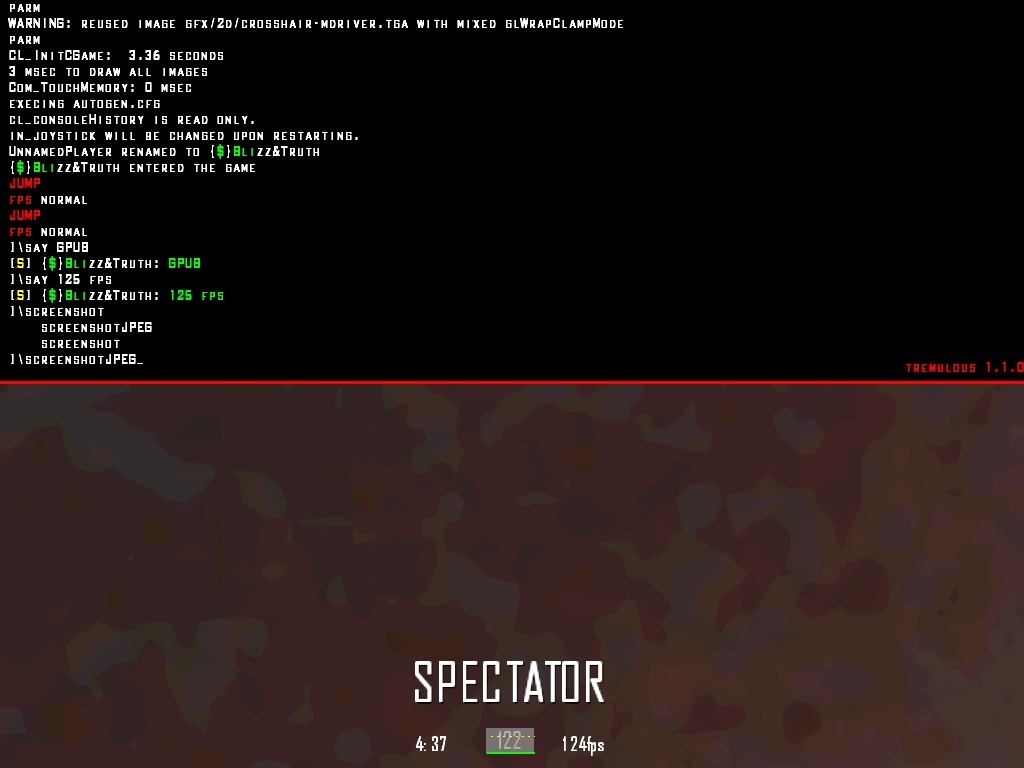 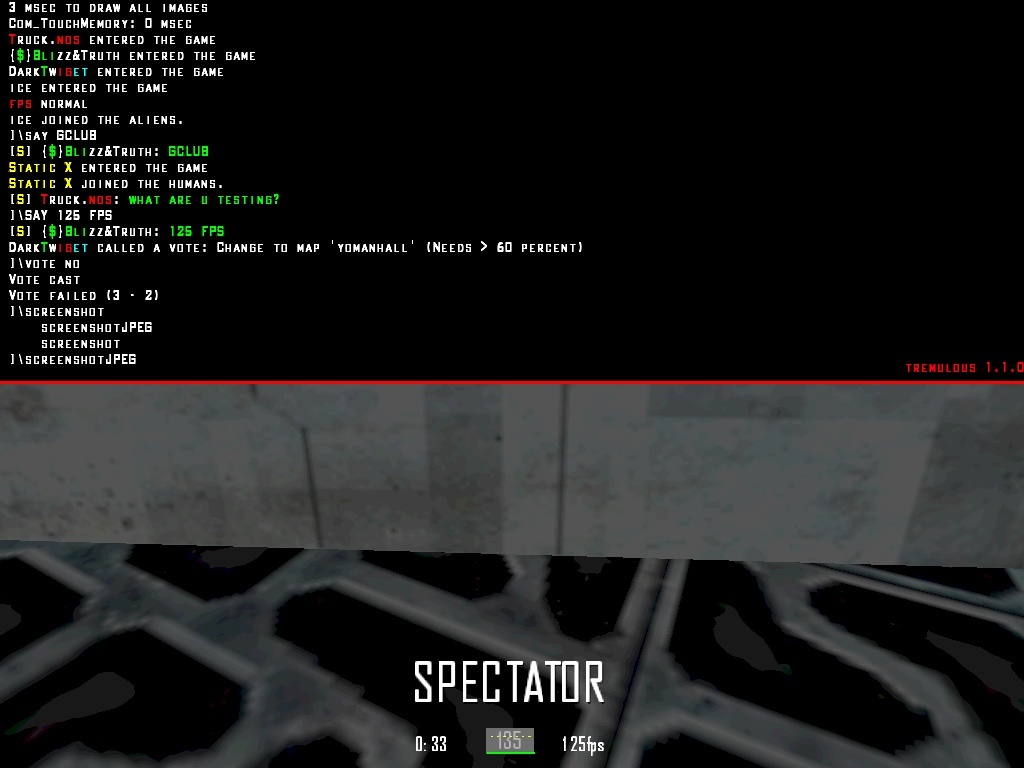 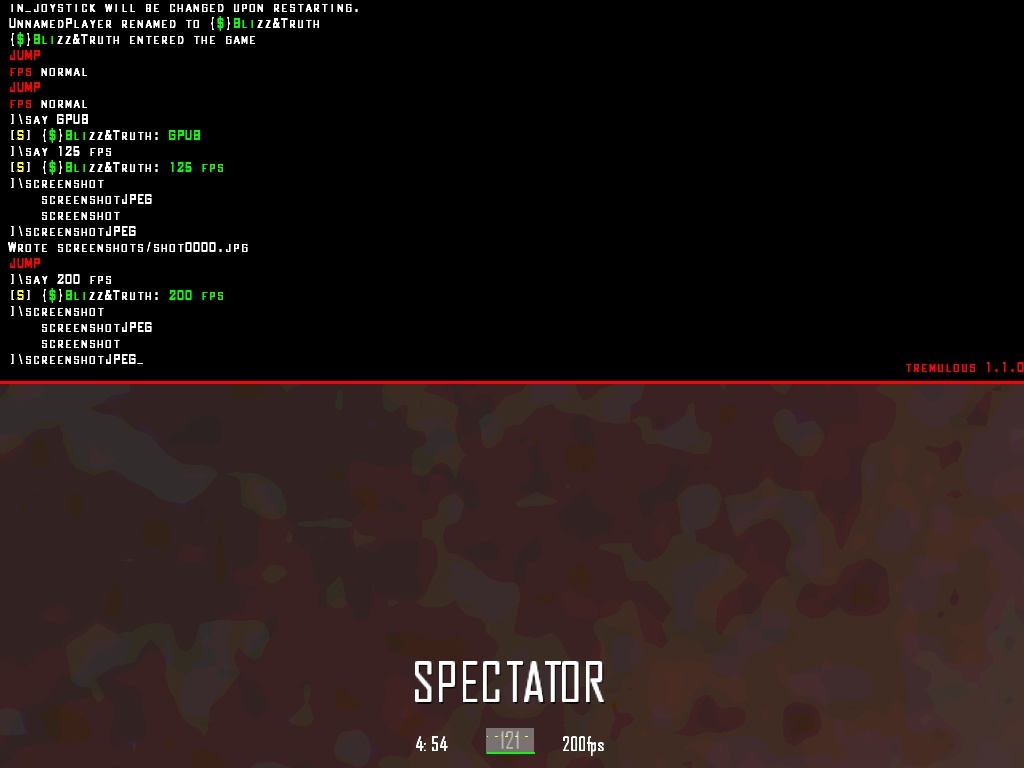 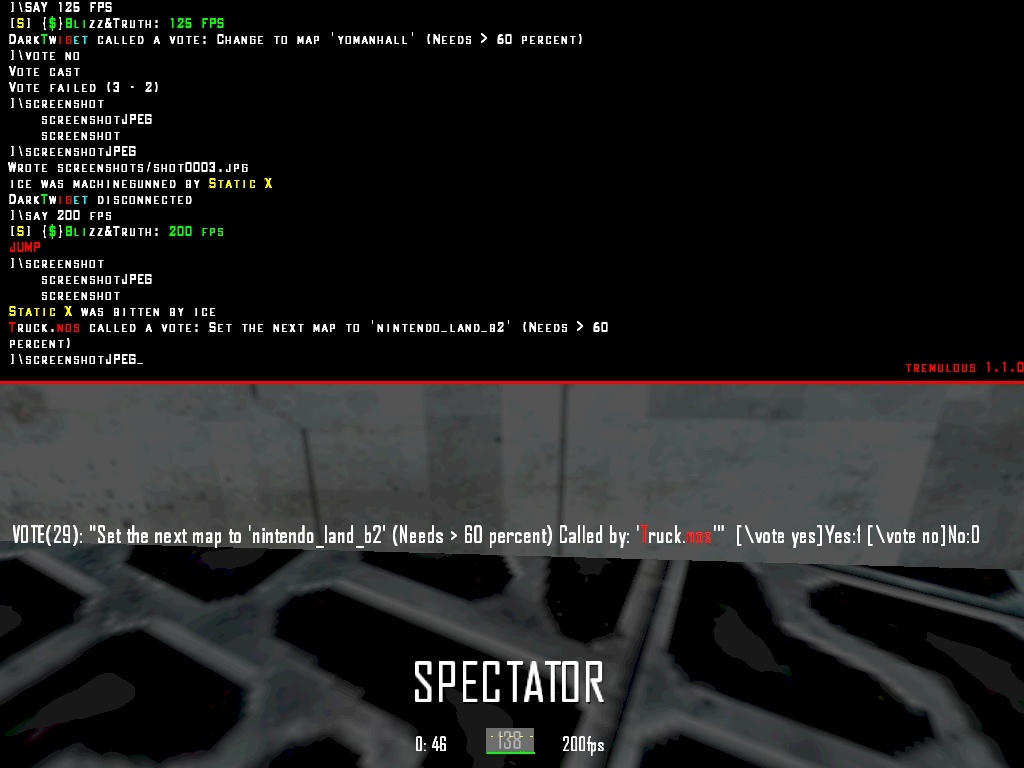 @blowFish: There are some “little” thing that makes me think that GPUB and GCLUB have something different.

When I had 125 ping on GCLUB, was more “easy” for me playing instead of GPUB.

If you raise com_maxFPs 400 does you’re ping scale up with it?

Or- inverse; does dropping to com_maxfps 60 lower your ping? 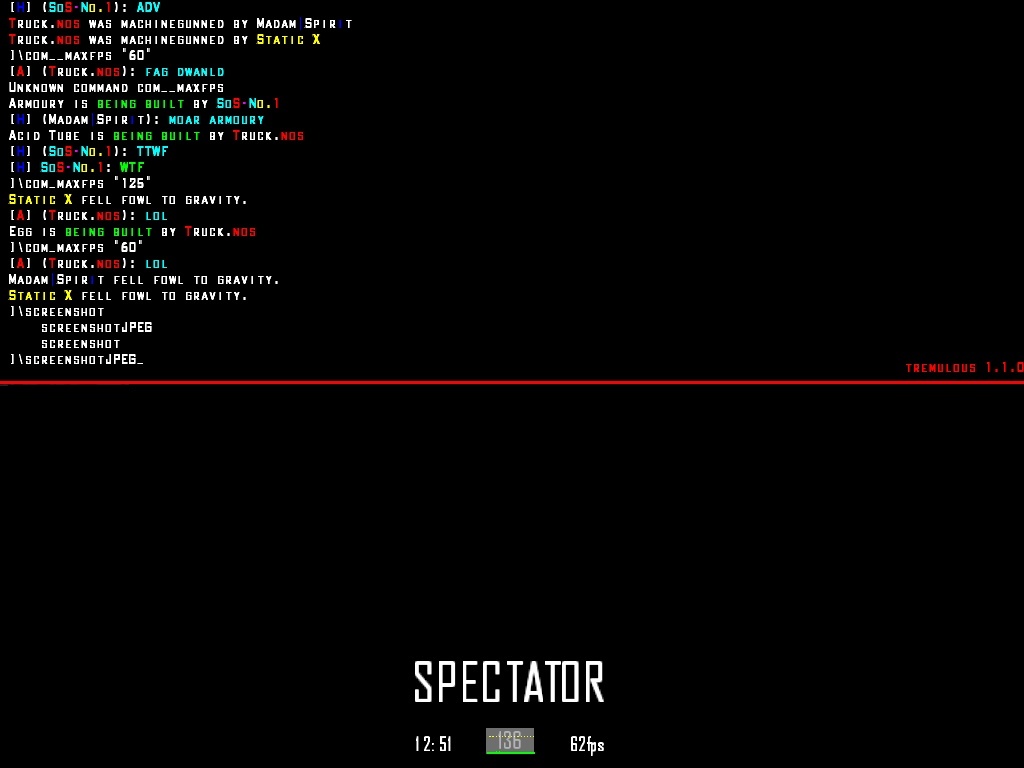 Those are my settings. Those are always been my settings. I don’t think that my settings are changing my lagometer, even because on other servers I have the same ping I have normally.

IIRC, pub and club server both load a different configuration? (clarification needed); e.g., on pub /name ^1Fudge^2is^5Gud then connect to club and name reverts to whatever it has in it’s own namelog. Some things that you have setup on pub may not be what you expect on club.

They are both suppose to be using the same slackers fs_game directory. When you change from pub to cllub do you leave pub to go back to the main menu and then connect to club, or do you quit your client between pub and club?The former should not result in a change of your name, the later may result in a change in your name.

I just leave the pub to get into club.

I just leave the pub to get into club. 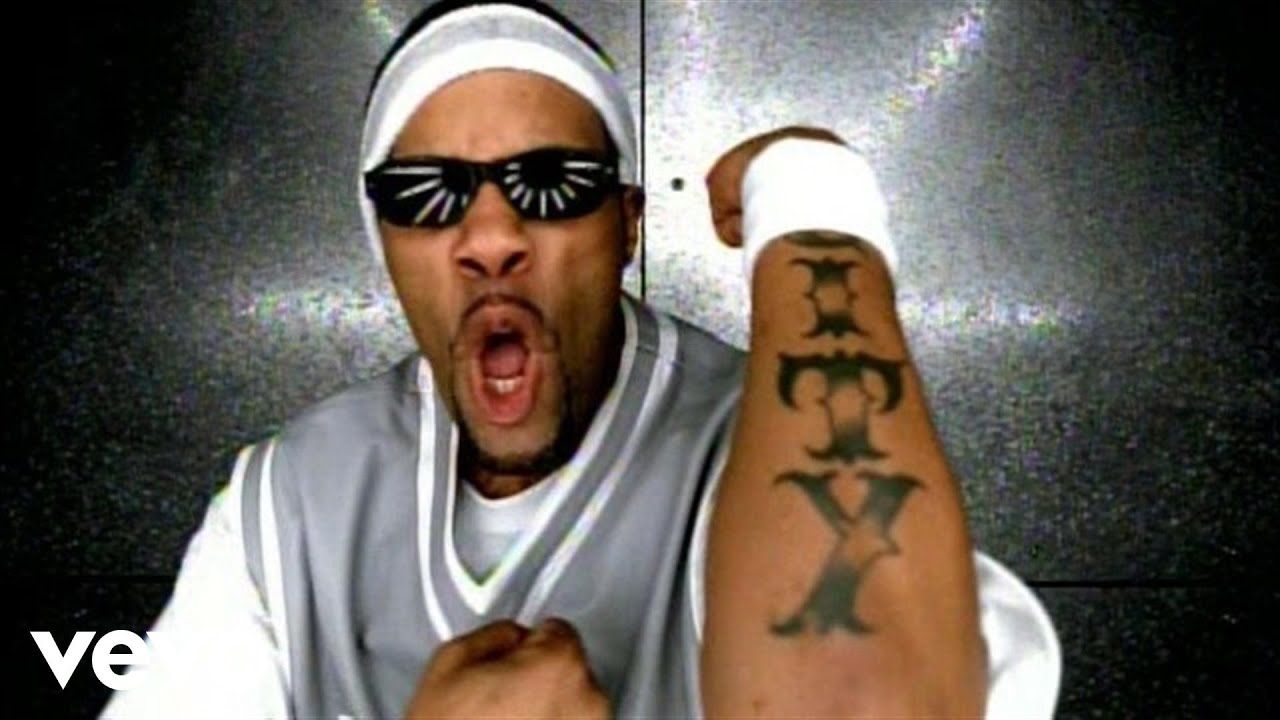 You just understood what happens into my head.

For the past month I have had eastern euro ping on club server and have noticed this difference between club and pub just like Blizz is getting.

I have tried a multitude of maxpackets/fps combinations in an attempt to solve this with little success.

I have 100Mbps download and 6Mbps upload along with 0 packet loss and 90ms when connecting to Newyork (speetest.net) This confirms it is not my internet speed/quality.

A typical player from my location receives 98 ms on the board with 85 ms on the lagometer, on BOTH servers.

My rate/snaps etc are all default. 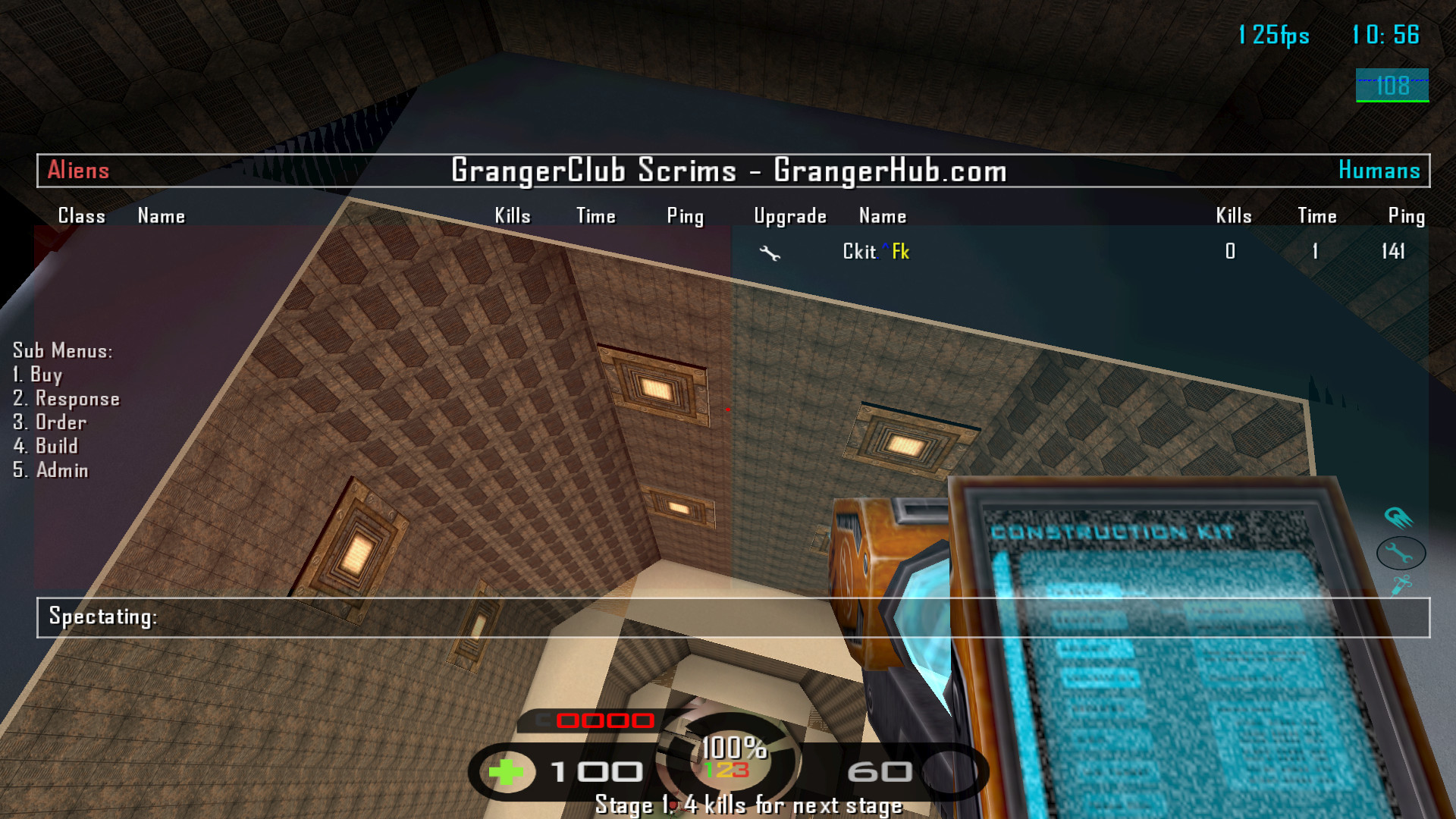 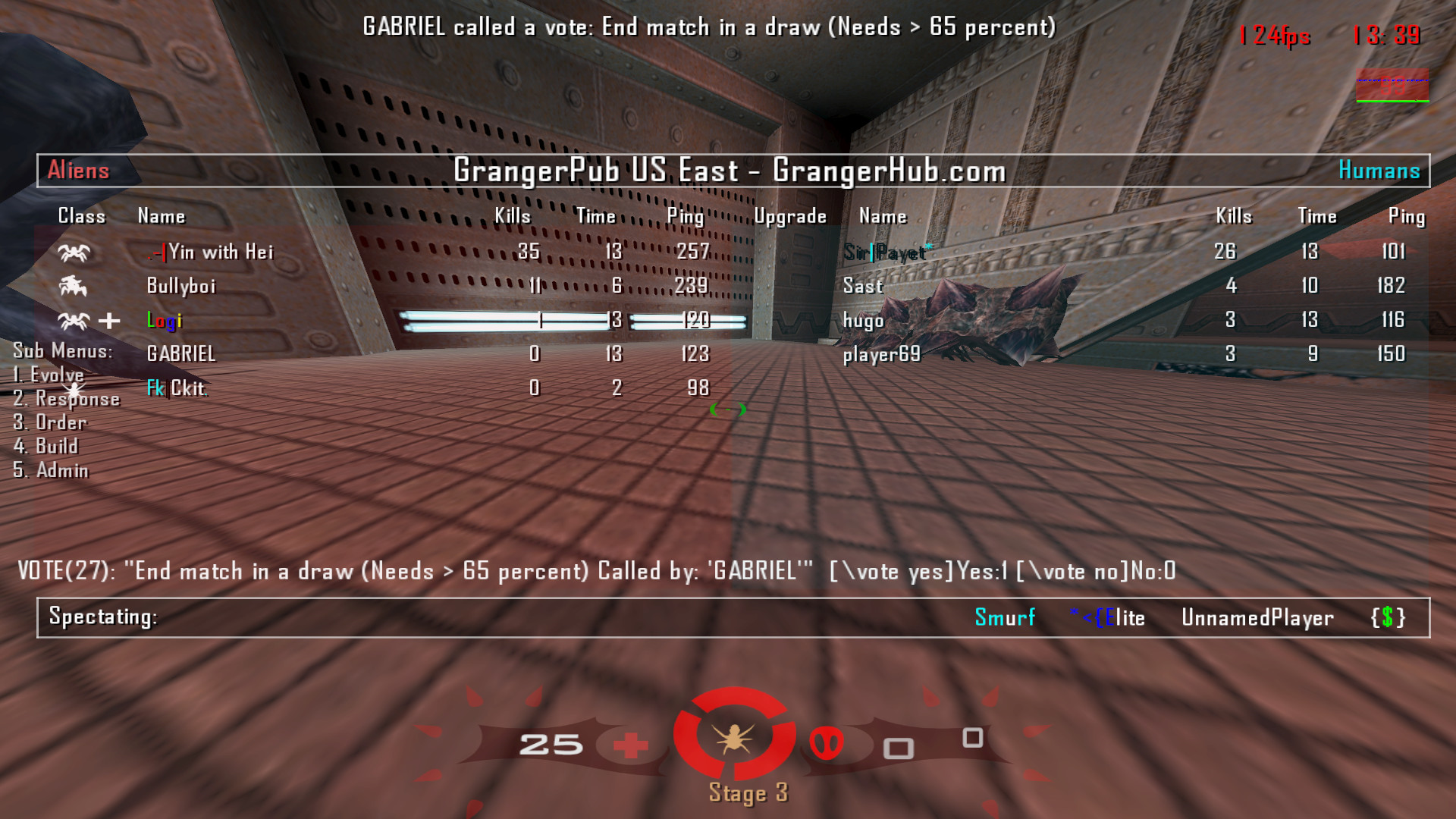 This is with 125/125 fps and max packets so in this everything is default (tremfusion) and I have issues.

On pub I receive 98ms which isn’t so bad but I am sure people from the UK get 20ms less than that. The main issue is this difference between both servers. I am not sure what causes the scoreboard ping to round to 48/98/148 ms but what ever does cause that seems to be messed up on club. My ping also tends to occasionally jump up to 155 for a few minutes (not spiking, just a stable jump) and I have confirmed that I am not downloading anything when this happens as well. Overall a 10ms difference between servers, while this doesn’t sound a lot once you get past 100ms things start to get quite laggy. The difference between 40 and 60 compared to 100 and 120 is huge.

Something very strange is going on @romdos pls fix. Impossible to play luci like this

My ping is around 25 to 35 on GrangerClub usually (the same range for GrangerPub). Club is on the same machine as pub, I’m not sure of what might be causing those differences for some players.

The lagometer is probably the accurate indicator of ping. I have noticed previously, that connecting to many many different servers (I checked this on a couple dozen different servers previously one time), that the ping values provided by the lagometer, the scoreboard, and the server browser, regardless of the mod/client/location can varrry greatly compared with each other without any observable pattern.

my ping is always 50 or something