Intro: “For a long time Tremor was one of my favorite maps but never really liked the ‘rushed’ look of it.
So i decided to do justice to Tremor and reshape it.”

General license:
Everyone is allowed to play this map on their pc or host it on their server/ provide a download link.

*regarding gl2 effects: i don’t think that i should do any of those effects until Tremulous 1.3 is released because most players do not use newer clients that supports these effects and older client would list a ton of error-messages because they can’t handle these new things.

Tremor Remake 2016 v1.0 is now available for playing on the GrangerPub server, the GrangerClub server, and the test7341 server.

I found a missing texture in alien base. 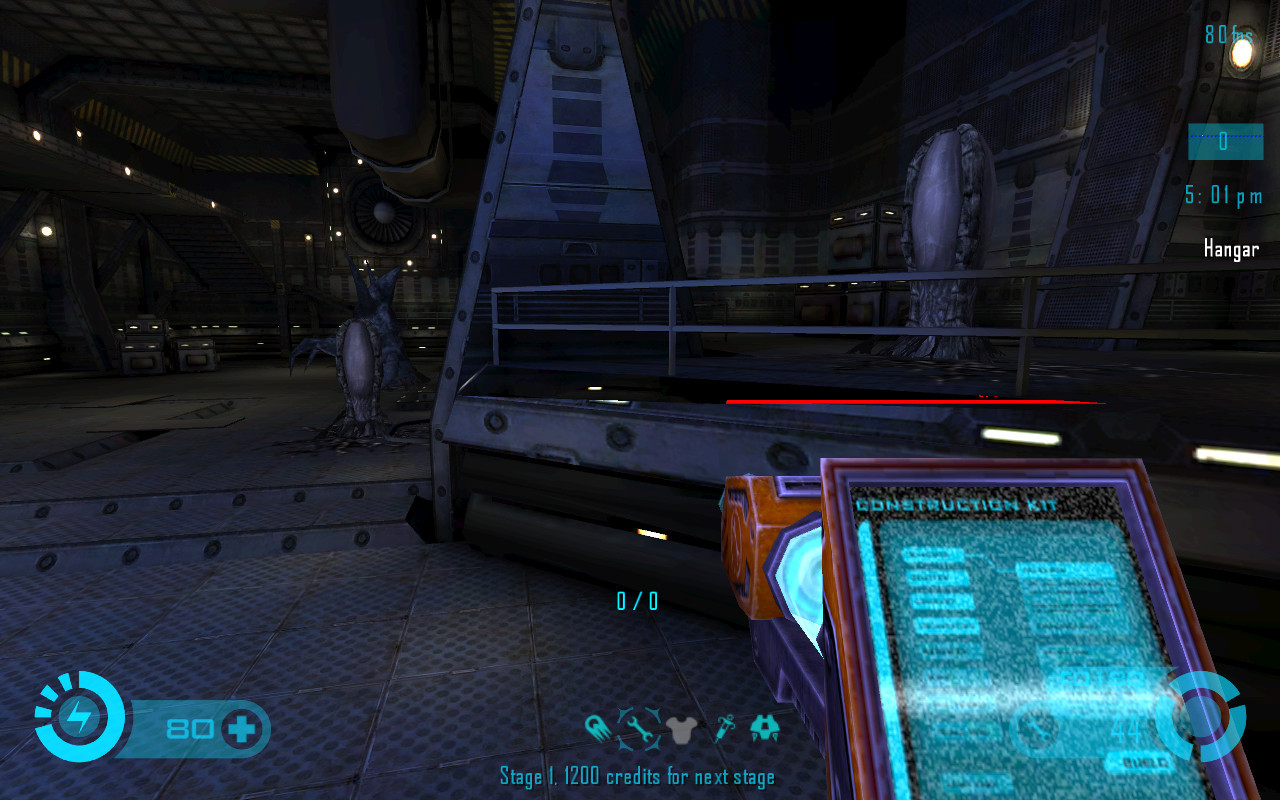 @Matth A proper sun would look great with the gl2 renderer in that plant room.

“For a long time Tremor was one of my favorite maps but never really liked the ‘rushed’ look of it.”

I hope you continue to improve it based off player feedback.

This map is by far on my ‘map most enjoyed’ list.
Great work!

Hi Matth, firstly, the map is amazing, thanks for working in one of the old maps of trem, now is more enjoyable.
Secondly, I searched most of the map for little details to see if something was missed, and here are some things and questions to see if that is how you wanted it to be. 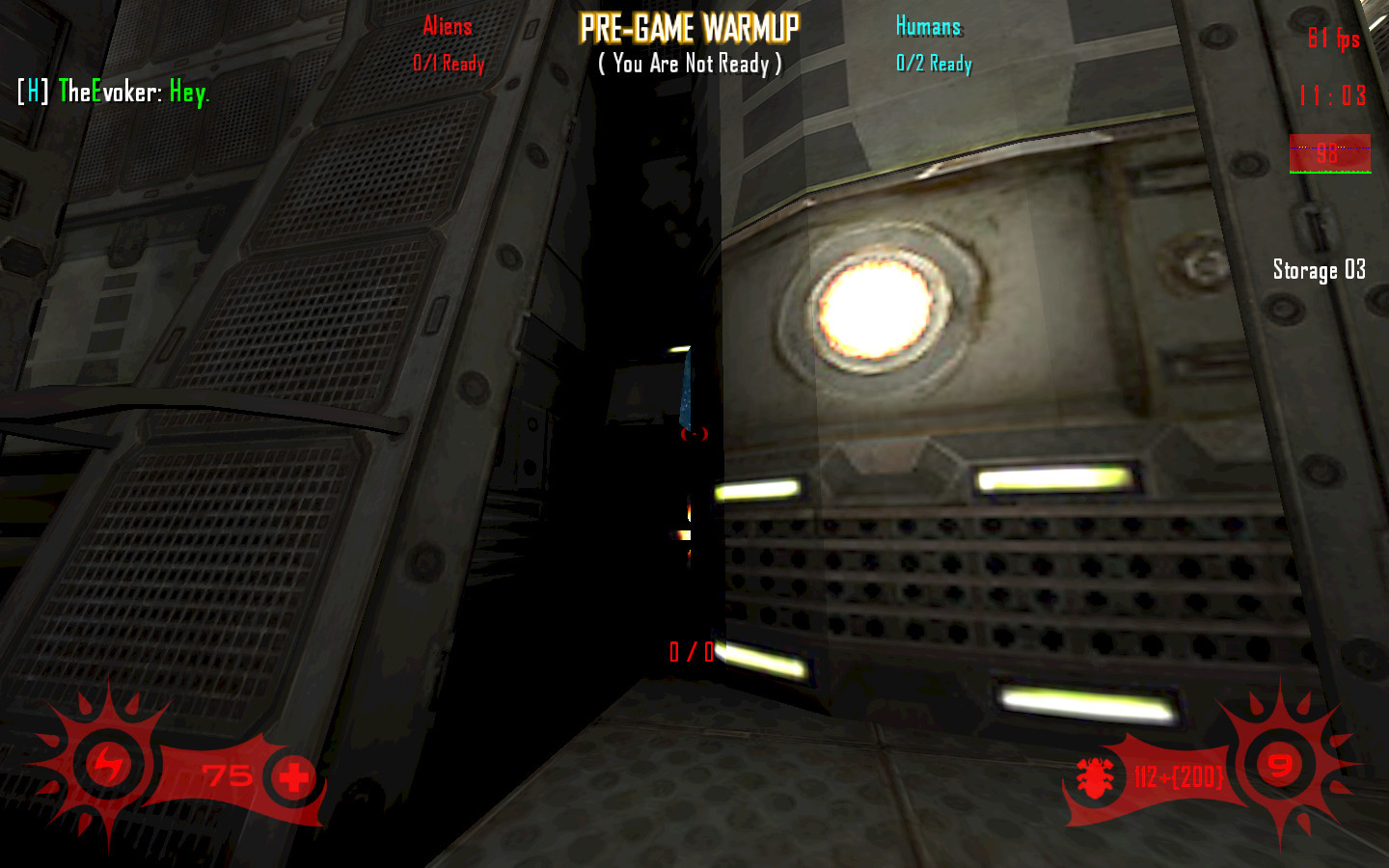 #3) Are the plants supposed to be noclipped? or at least the pots? 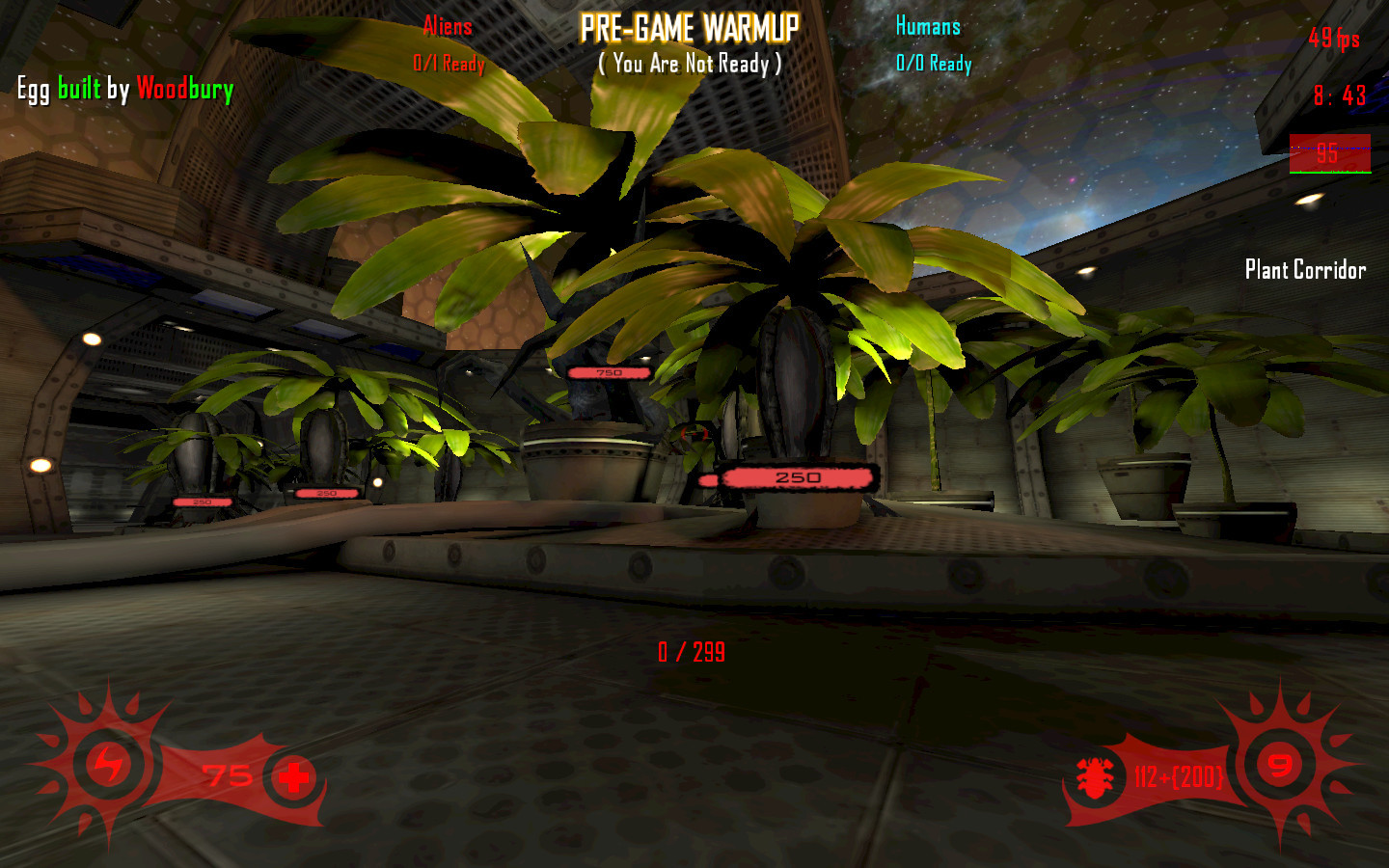 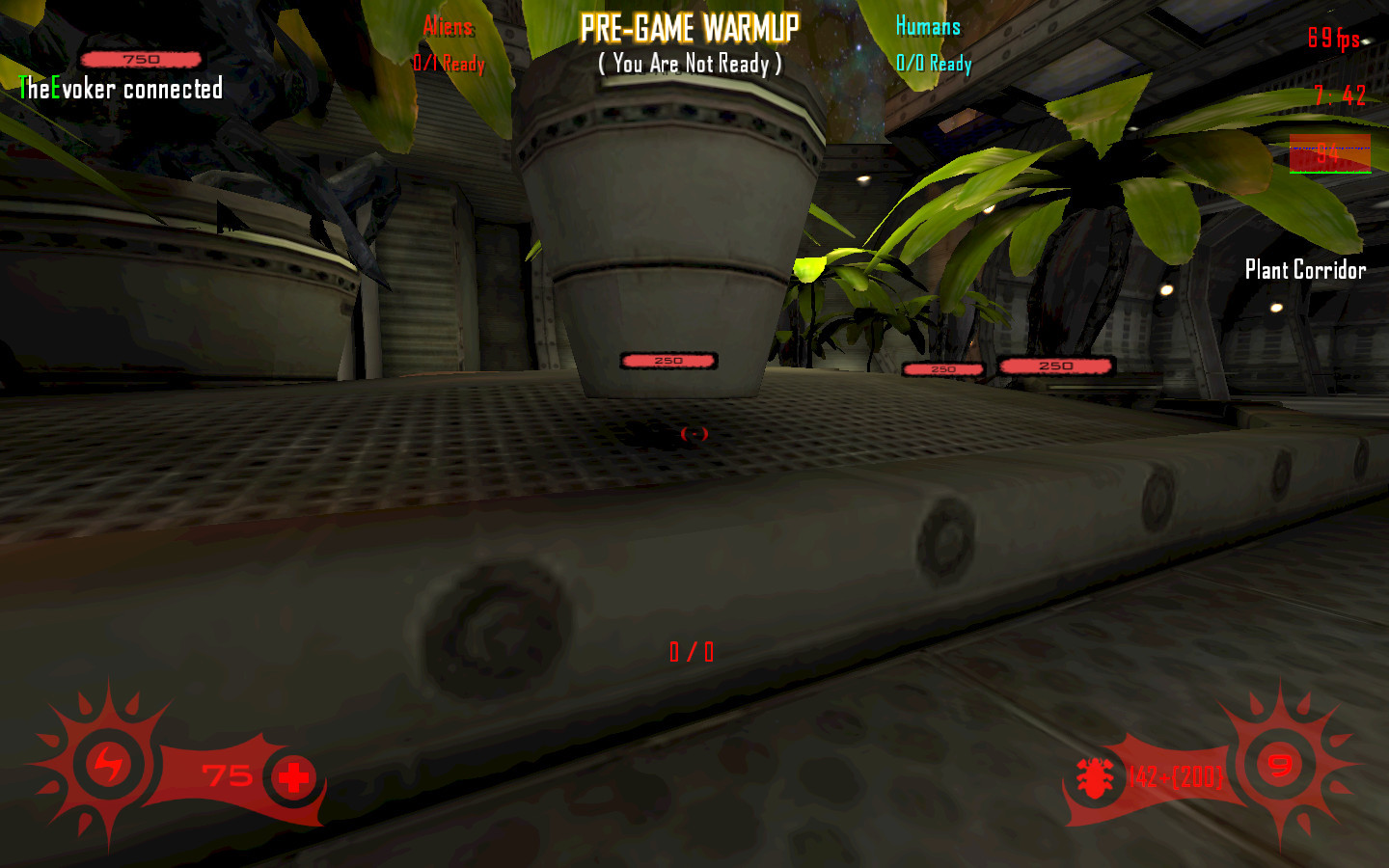 #4) The pillar of the ele is also noclipped. 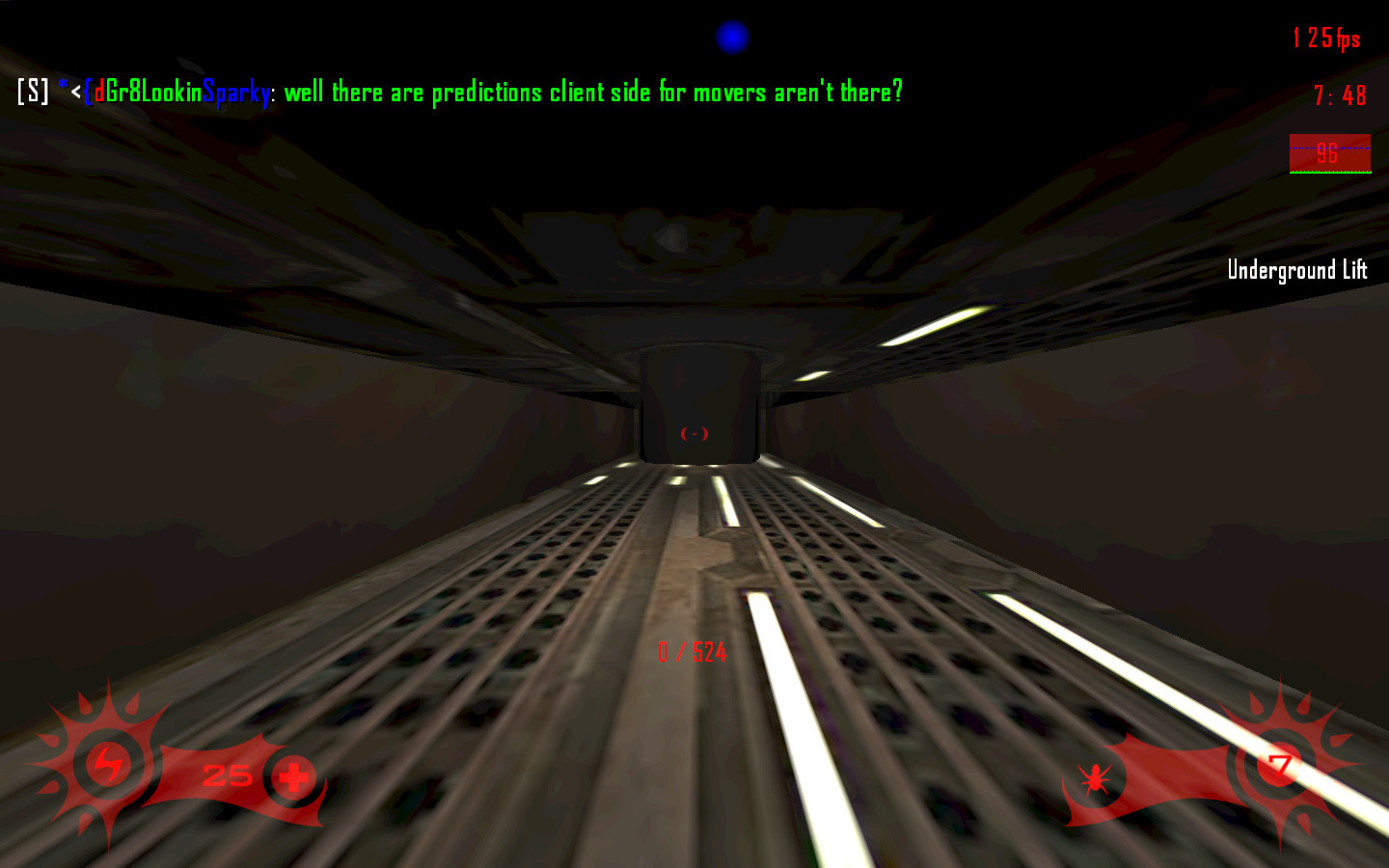 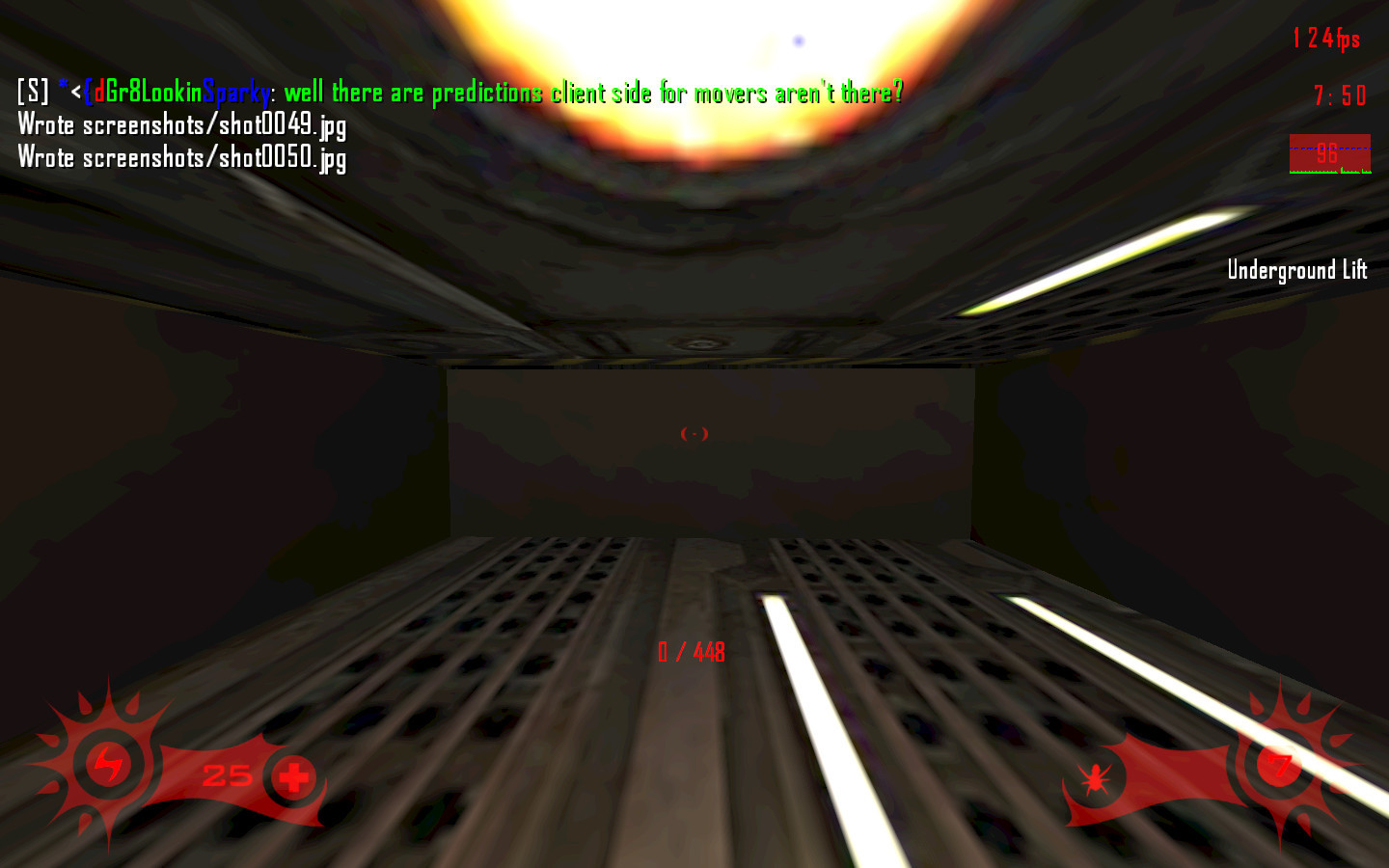 #5) Under the ele in the botton side position, is a little noclipped area too. 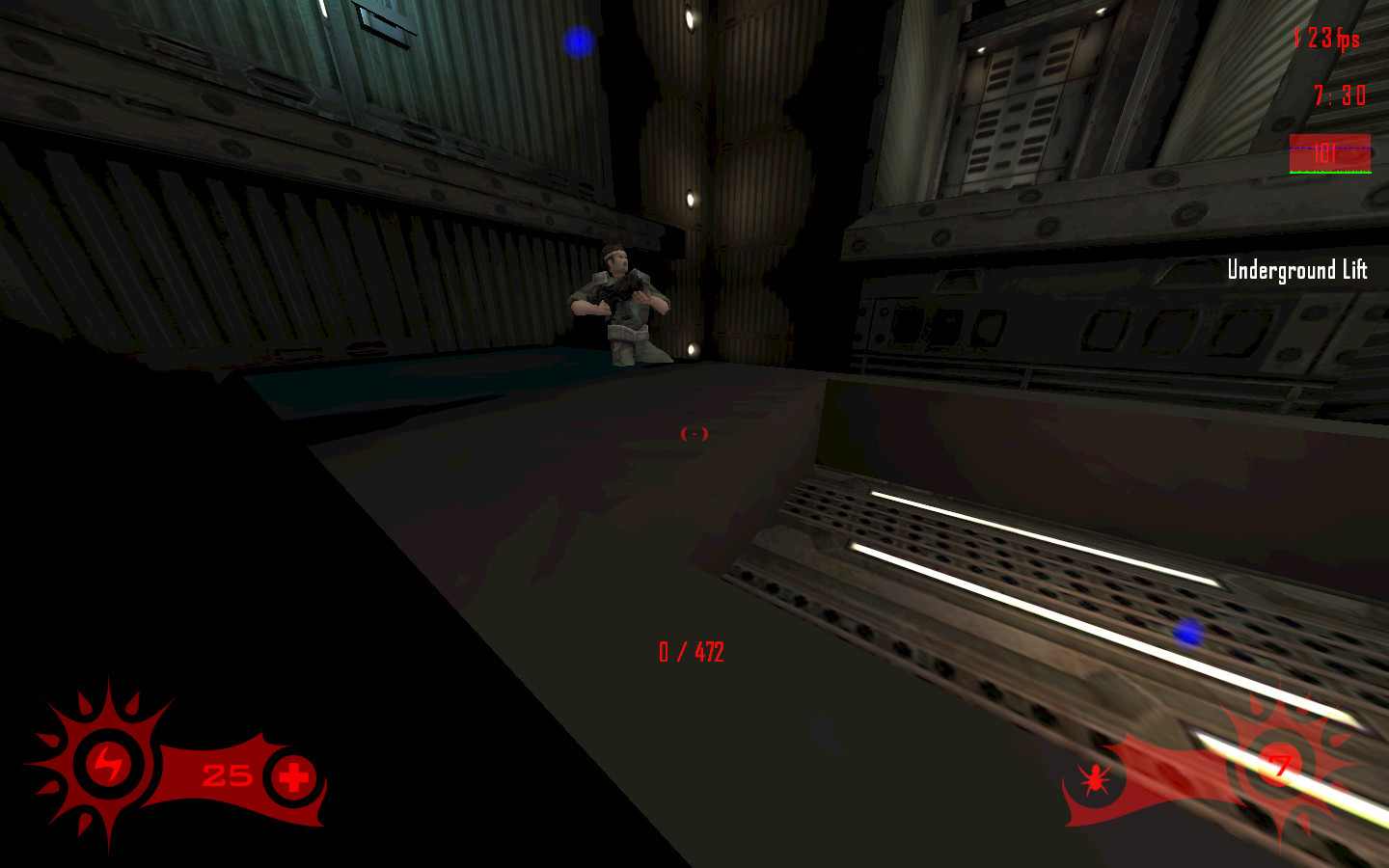 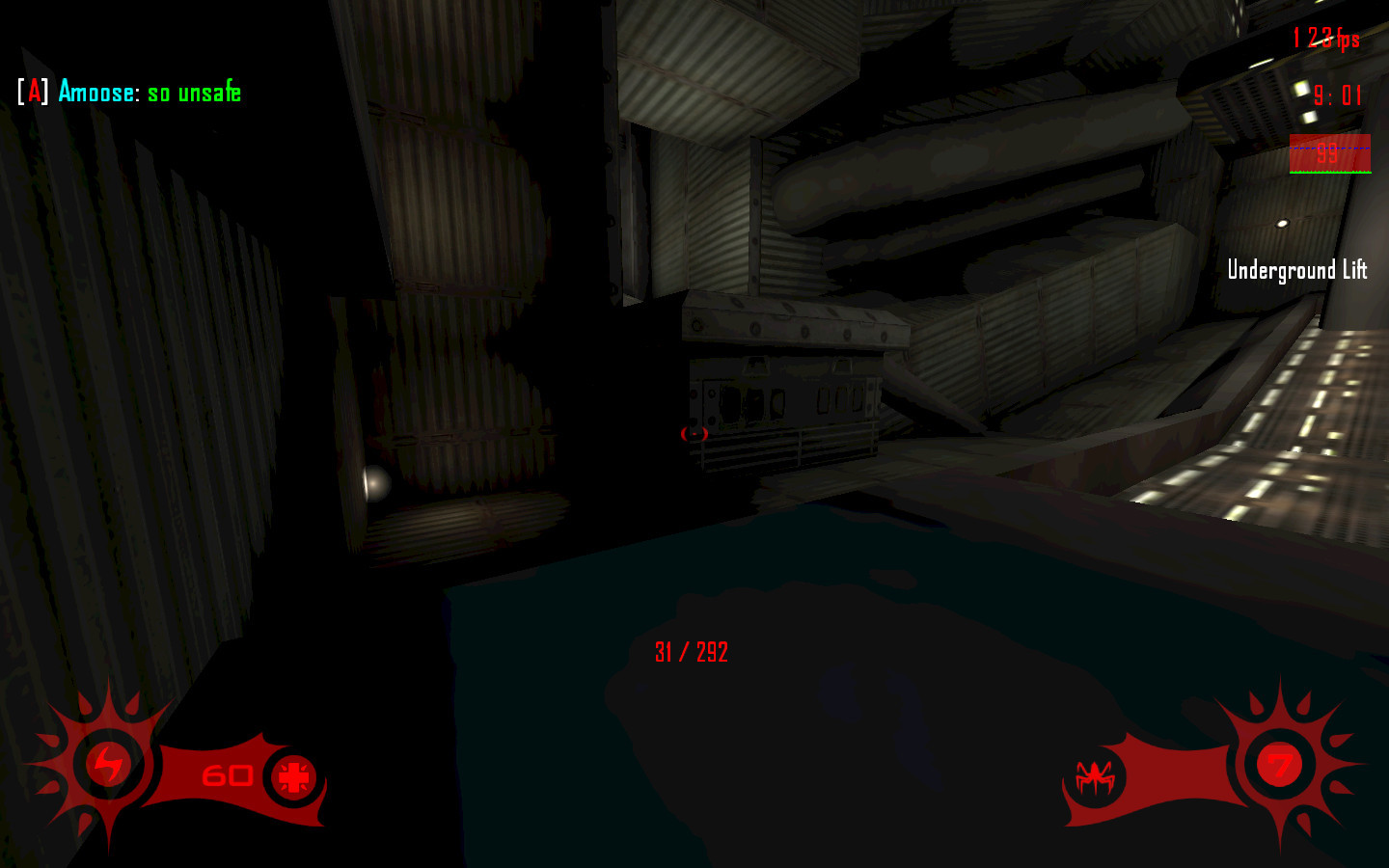 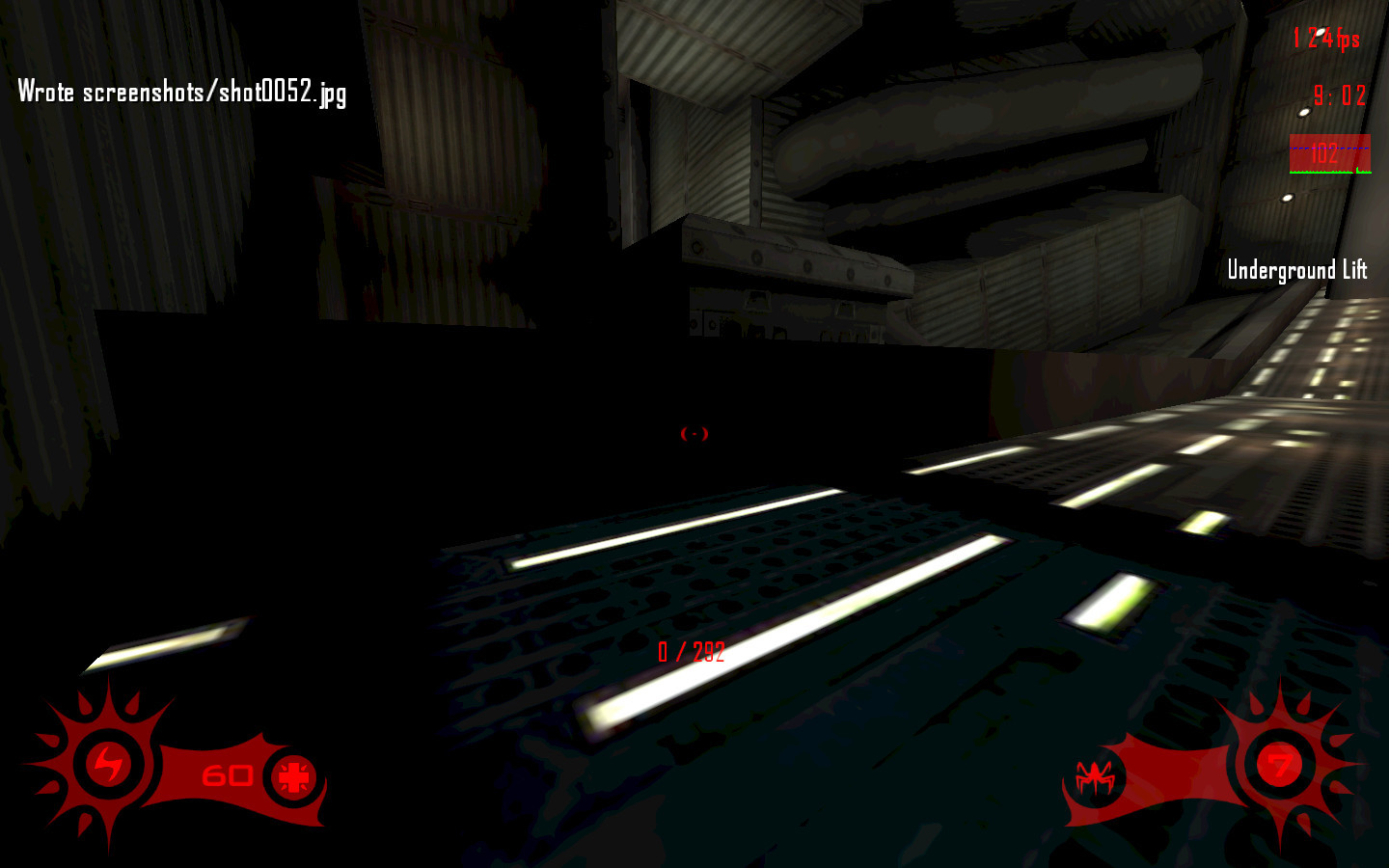 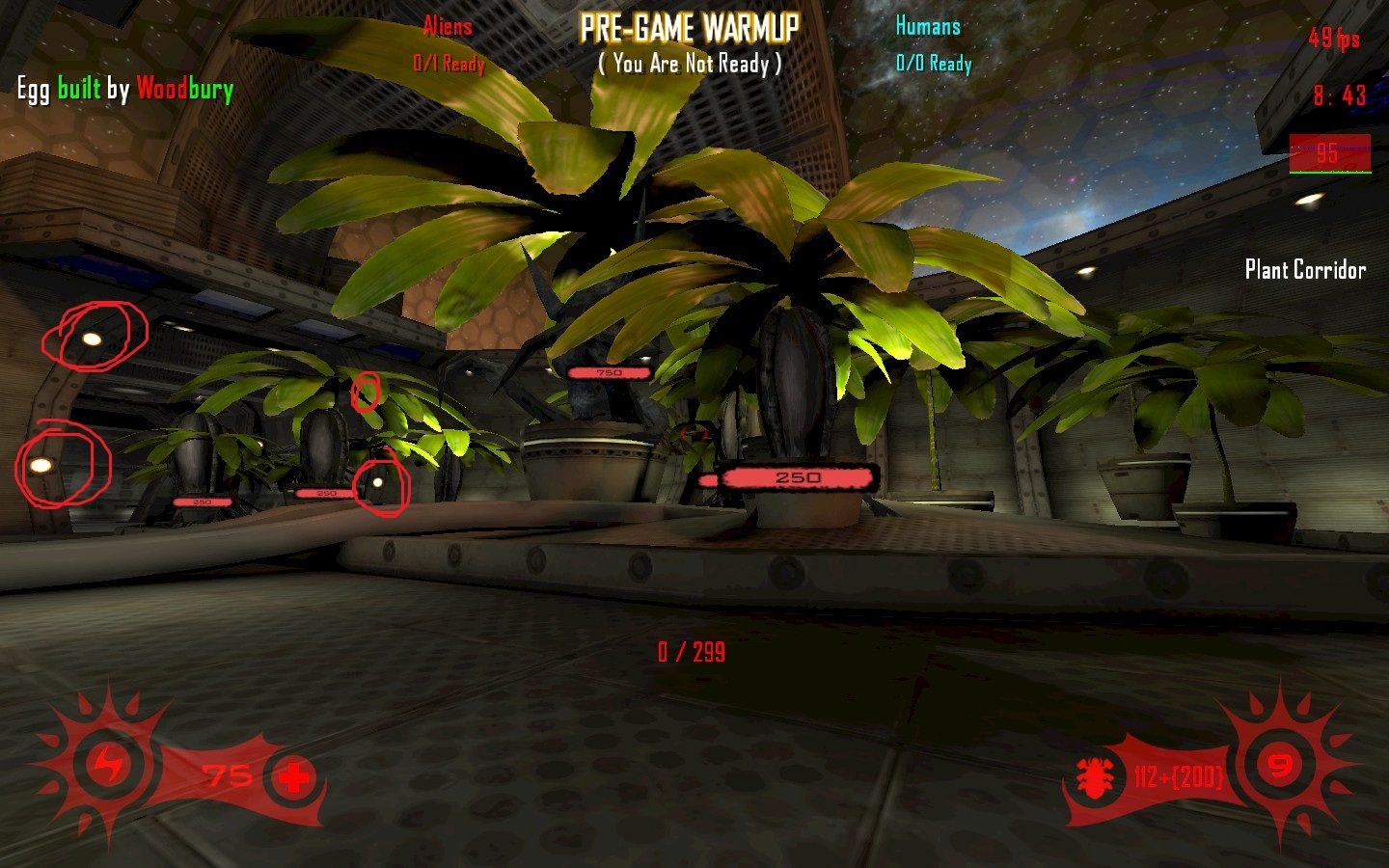 Thanks guys. So far i fixed all reported bugs and implemented some suggestions. See first post.
Still, there is this bug remaining that some ppl don’t see the alienbase forcefield…

I have a question. In the crate room near the ele to the basement, sometimes I hear a sound that sounds like a lift I’ve heard in other maps, but it isn’t the ele (as it isn’t activated when I hear this sound, and sounds different from when the ele moves), what is that sound for?

I heard it too, but it was like some pipes cranking actually for me.

I played today a great 10 vs 10 game in this map, very fun, not so human advantaged except when they moved to crates, but that is already fixed, but I found new things on the 1.1 release, here I go @Matth :

#1) Underground got bad textures for some reason, maybe lighting? 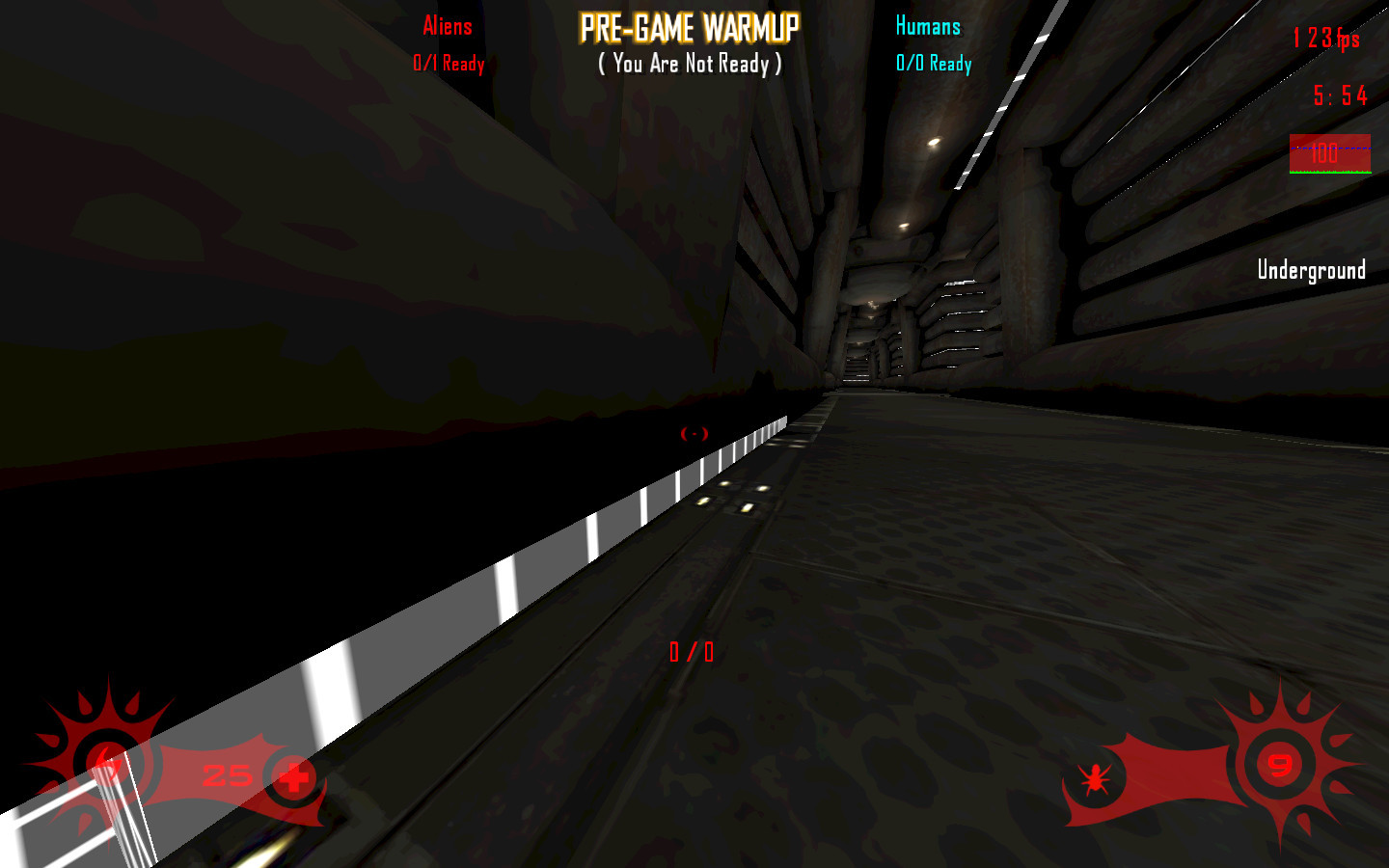 #2) In the path to go to the elevator, are some clipped holes. You can walk and build over air. 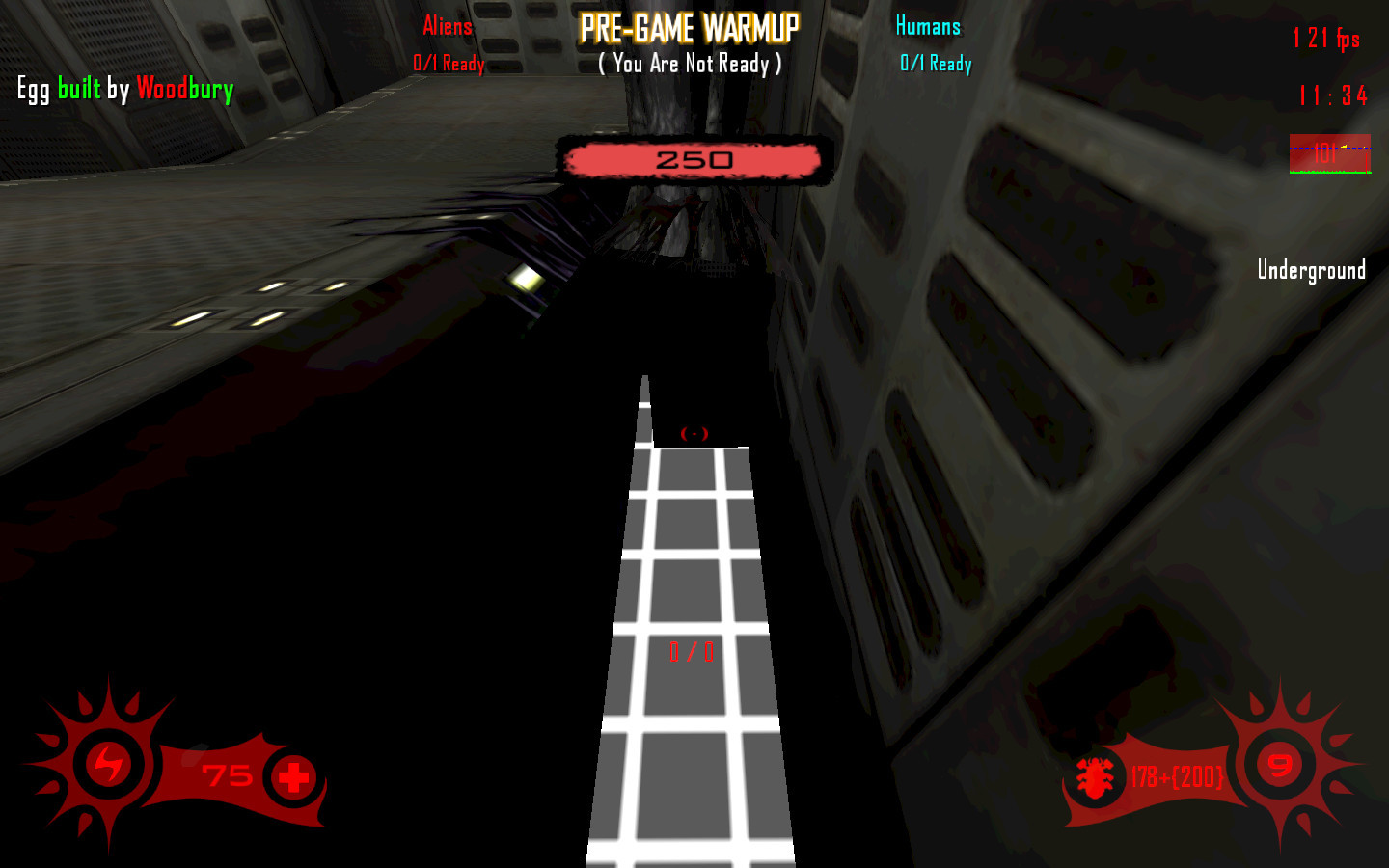 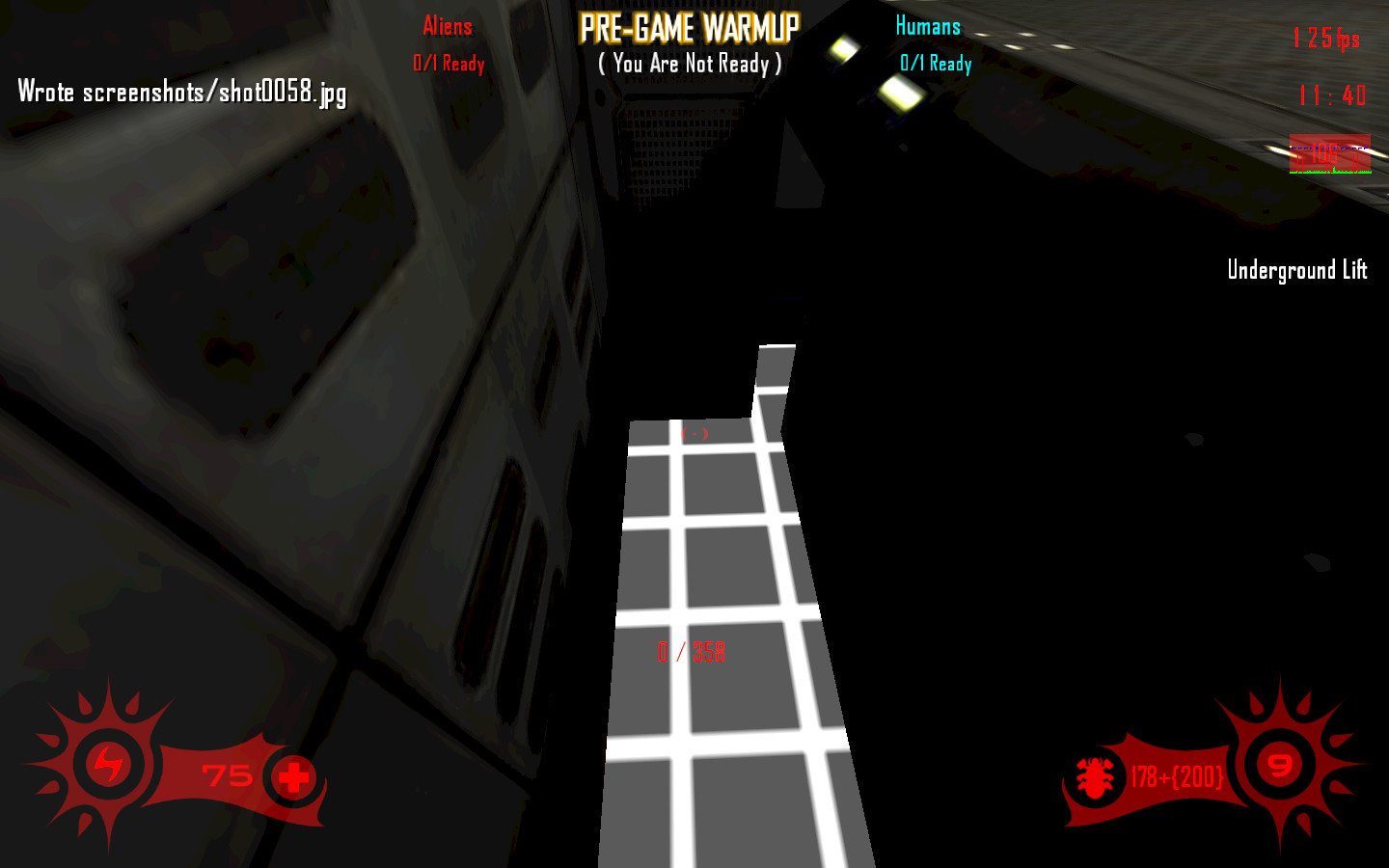 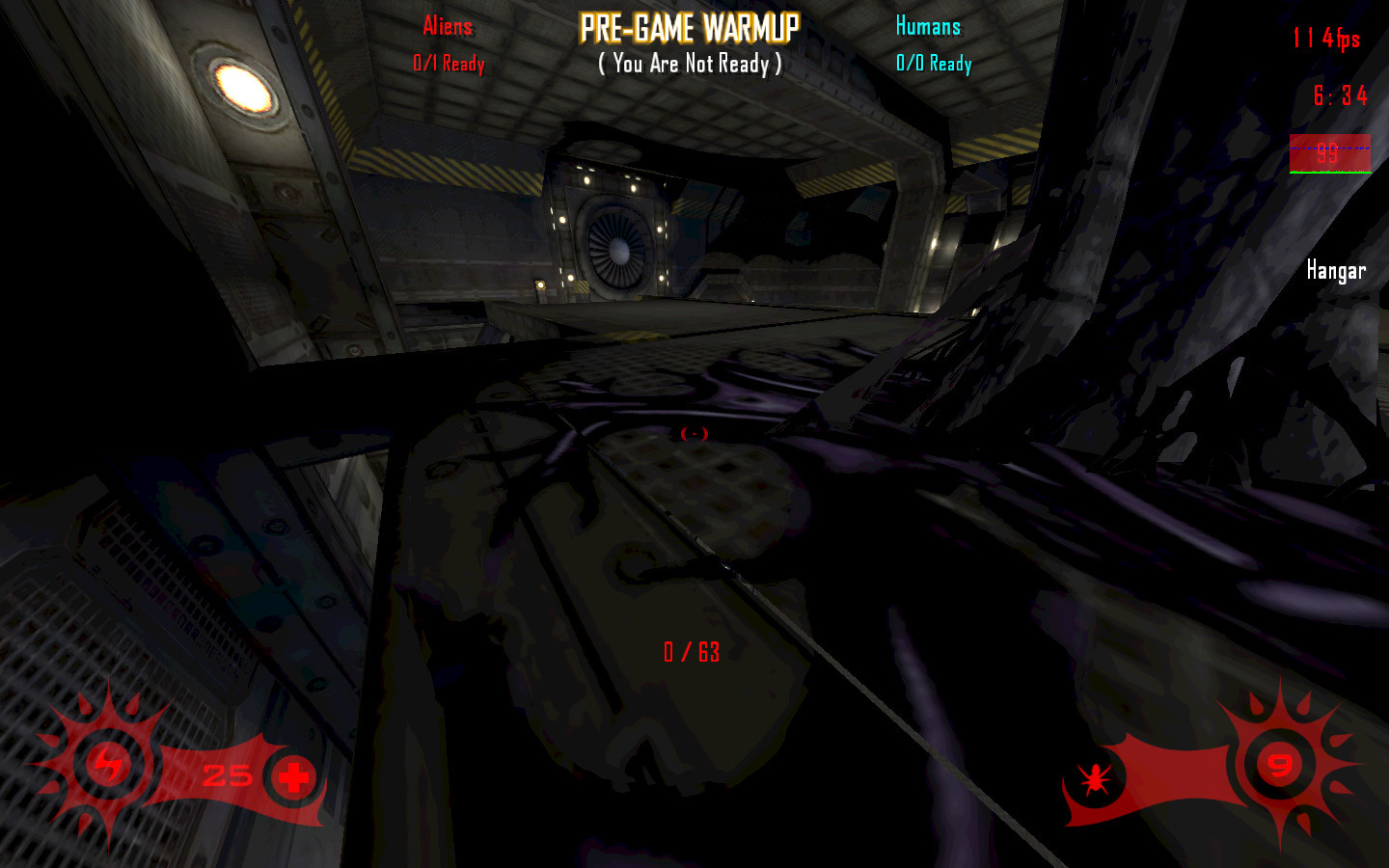 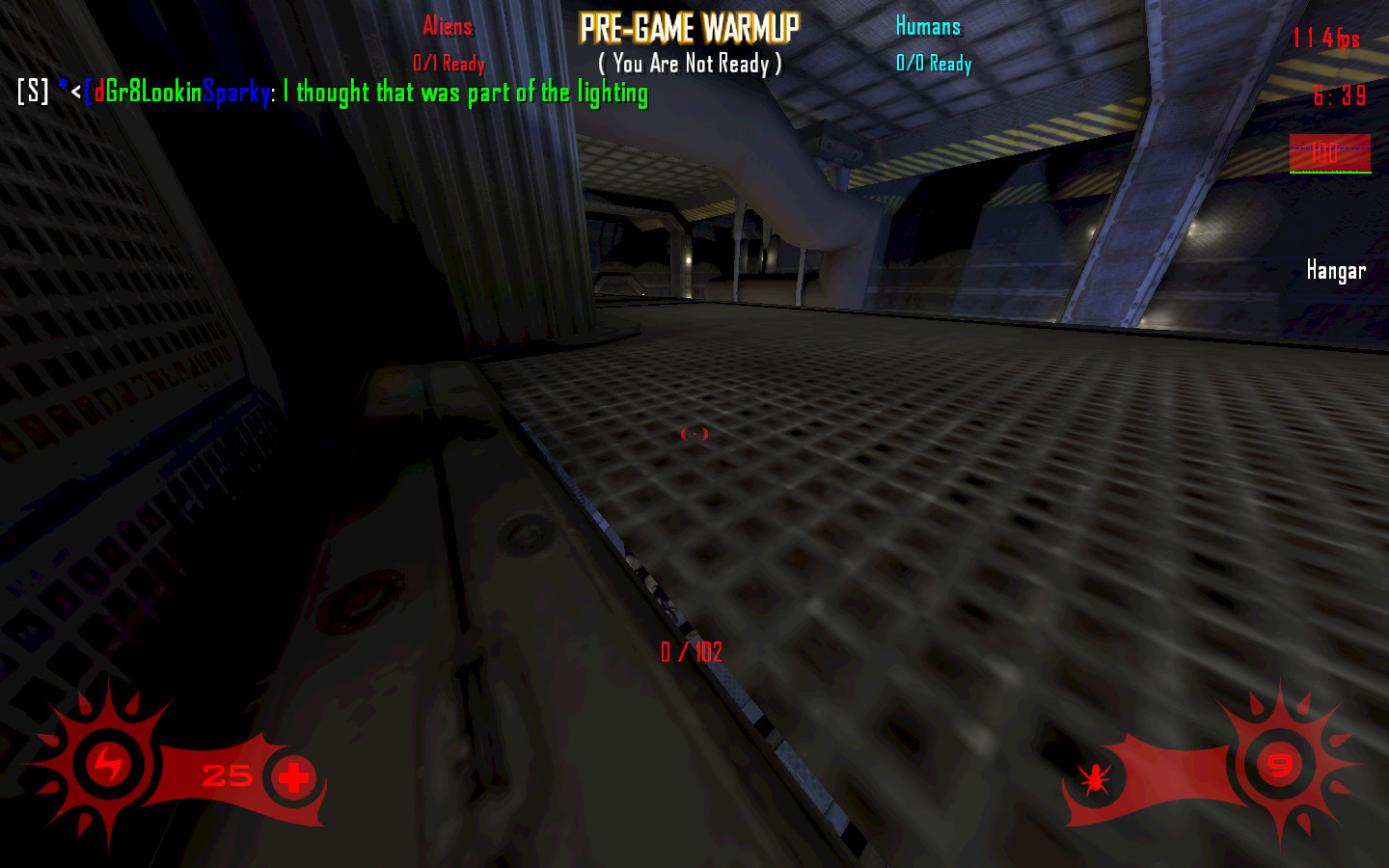 #4) When you are on aliens and using Tyrant, none of the both elevator levers react when you approach them, as adv. goon only the Storage 03 (upper) one reacts, but the underground (lower) one doesnt. All other classes work good.

It might be cool to have a hovering ship in the alien default to further emphasize that that is a landing dock, something like the ship from the siege map http://dl.grangerhub.org/base/map-siege-1.1.2.pk3 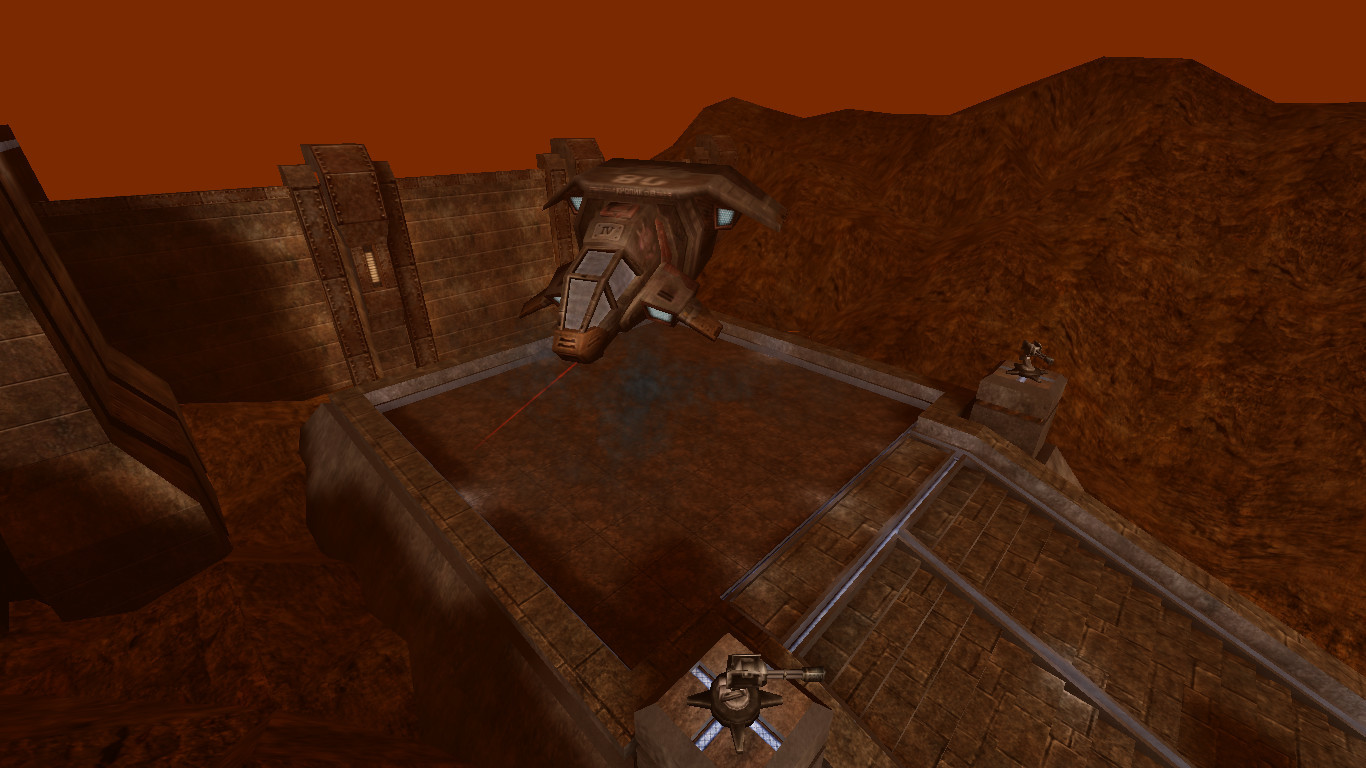 Also it might look cool to having something like the fiber optics from the map orion, used in place of the missing textures underground behind the bars to provide an interesting lighting atmosphere. 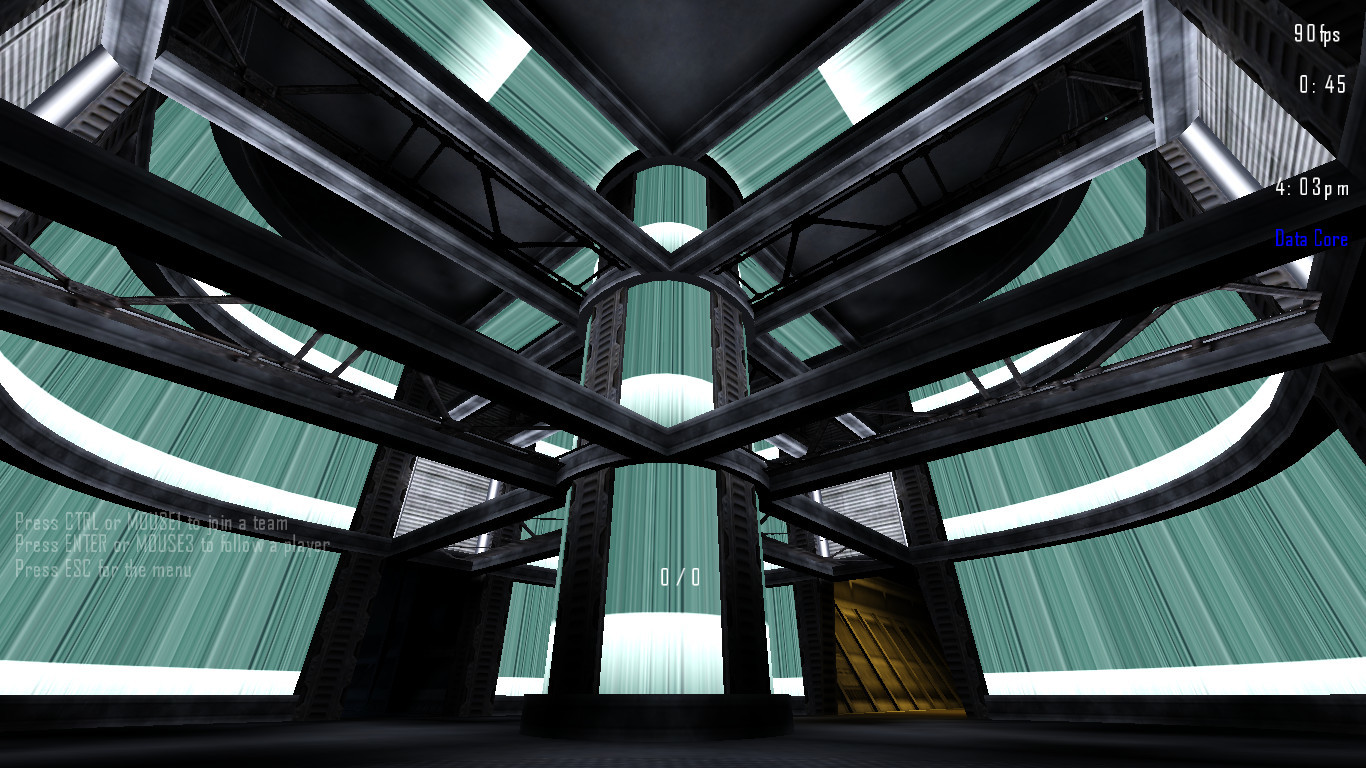 Sparky, Woofbury: It’s a sound-trap. It triggers randomly a sound when a player touches it. The idea was to have some variety in sound ambience.

Underground texture bug: i forgot to include a new texture.

4: Buttons are probly too small. I’ll make them bigger for next release.

Spaceship idea: i alrdy had this included but removed it because of two reasons:

Orion texture: i really dislike this idea. The underground is dark and cold. Using such a texture will ruin this atmosphere.

Orion texture: i really dislike this idea. The underground is dark and cold. Using such a texture will ruin this atmosphere.

The funny thing about the missing textures underground, I thought it was lighting at first and it kinda had a cool looking series of points of light in the distance behind the walls effect to contrast with the other stuff underground.

I found 2 more things that may be fixed. 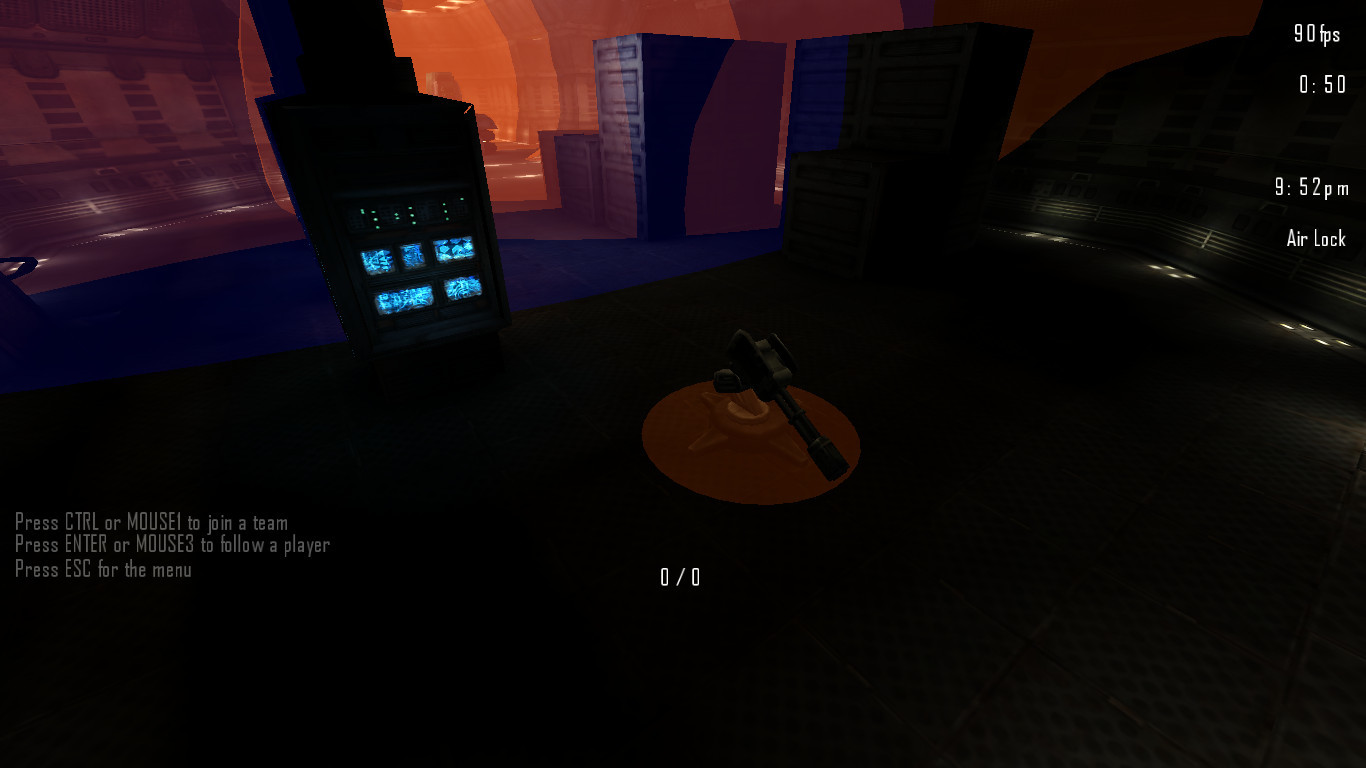 I almost forgot to mention that one of the default rets is out of range from the rc power.

Way better than your atcs remake, provides good visibility, keeps the original map’s mood relatively well and doesn’t affect the gameplay negatively. Garden, and just in front of default bases is really laggy for lower specs computers though, and I’m unsure if hint brushing would help. Inside of bases is way less laggy than in front of them.

These would be defined in separate .mtr files alongside the current shaders. People with old clients would load the .shader and new clients load the .mtr. When we release 1.3, I’d love to see this ready-to-go using “fully featured textures”, so I’ll probably be pinging you (in some time) about creating additional texture maps

MaeJong: Thanks, you are right about the hint brushes but there is a problem. I used hints almost in all my maps but players started to complain that their radar doesn’t work properly because the radar code is related to vis. So what should i do? Use more hints to solve a problem and create another one or don’t do that and leave one problem unfixed…

The thing is blind corners aren’t all a problem, it depends how they are located, quick example: 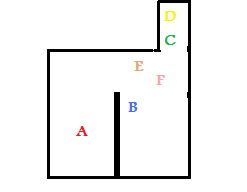 In order to remain only mildly annoying to players, this is what should happen:

So, off the top of my head two possible solutions would be: 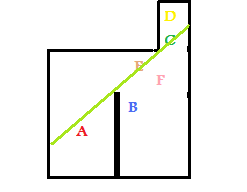 Which would, if I remember everything about vis correctly, prevent [color=FFCC44]E[/color] from seeing [color=00FF00]C[/color], which is what we’re trying to avoid.

Instead, you could try to go for something like this: 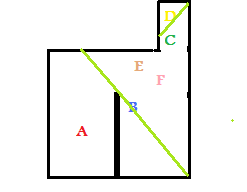 While not the most optimal performance-wise, it’d still allow people to see stuff behind corners to some extent, and most players wouldn’t care about it.

I haven’t tested the vis on your map so I’m not really sure how to help you, and I don’t remember some things about hint brushing, so this is the best I can do to help off the top of my head.