Also I always wanted to make maps, what software do you use? Is it gtk radiant?

Thanks guys! I’ll look into it

check these out too

(there are more parts)

It’s your brother? I’m not watching it then! I want YOU to make a tutorial! Hehe just kidding

I’ve downloaded netradiant and followed the installation instruction, but once I run radiant.exe I get this error: 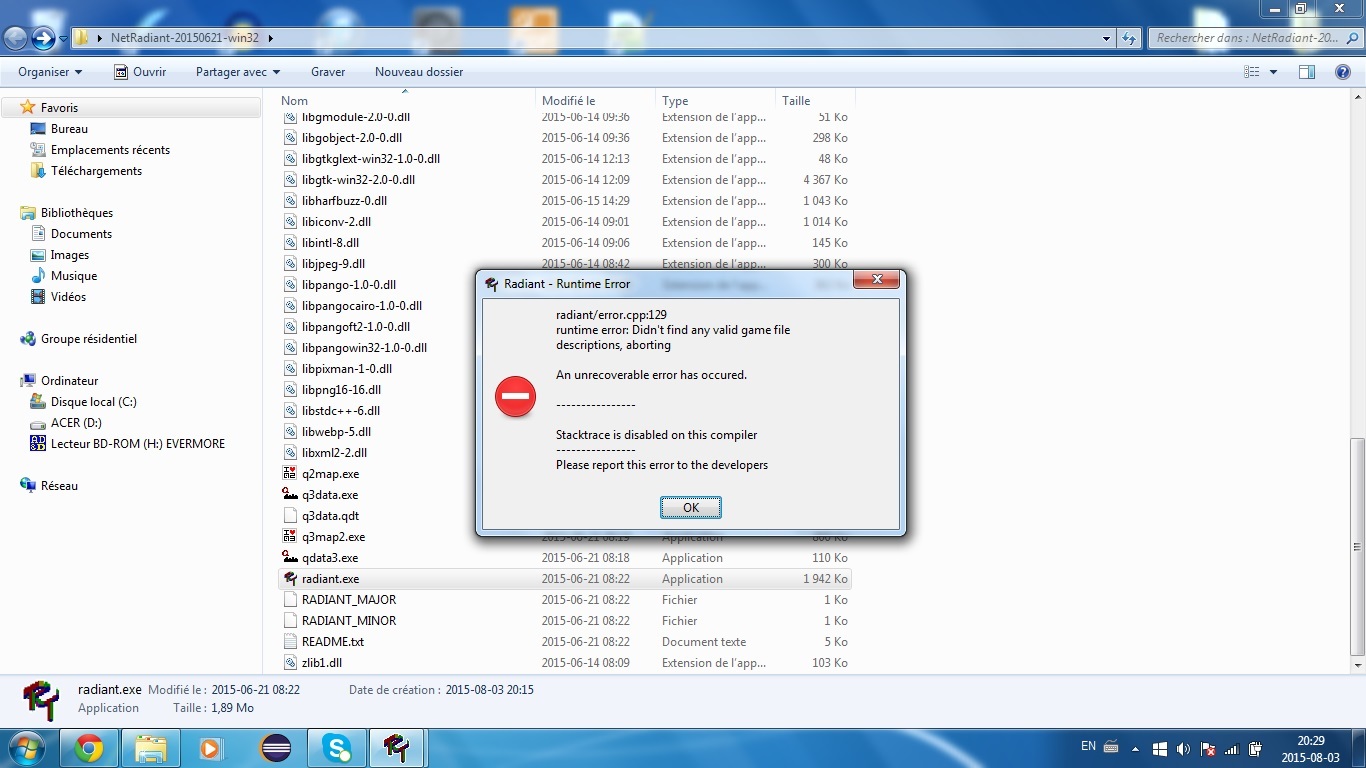 I’ve downloaded netradiant and followed the installation instruction, but once I run radiant.exe I get this error:

hmm i was use it this and maybe for me this program error so i use this http://dev.alientrap.org/projects/netradiant/wiki

NetRadiant has decided to act retarded towards me, always detects entities as if they were leaked, but oh well GTK works perfectly fine anyway.

GtkRadiant, atleast in terms of stability (unless I went crazy) never fucked me in the ass as hard as NetRadiant did when it shat out my map into a ball of vertices.

I’ll be cautious around NetRadiant builds until they get more stable.

I successfully installed netradiant on linux ubuntu 14.04! Don’t have trem installed tho

do you have msvcr-110 in system32 or SysWOW64?
That solved my problem with netradiant

Maybe admins should make a new first post saying to first try netradiant and then gtk radiant if that is not working.

There is also jackhammer, i havent tried it myself yet though: J.A.C.K. :: Official Website